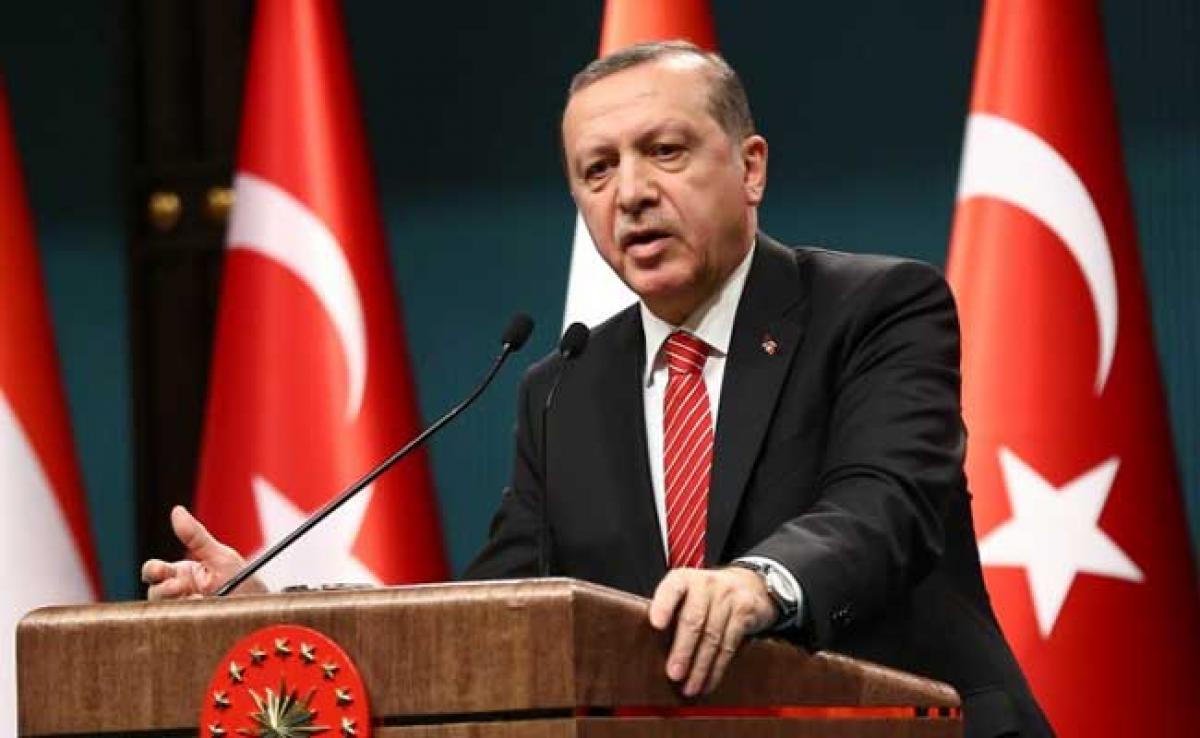 Turkish President Recep Tayyip Erdogan said Saturday it would be -'easier-' if the EU blocked Ankara-'s bid to join the bloc, suggesting he could even...

Turkish President Recep Tayyip Erdogan said Saturday it would be "easier" if the EU blocked Ankara's bid to join the bloc, suggesting he could even hold a referendum on the matter.

It was the latest barb in the bitter dispute between Turkey and Europe after Germany and The Netherlands blocked Turkish ministers from campaigning among expats for a "yes" vote in next month's referendum on boosting Erdogan's powers.

"What? If a 'yes' comes out on April 16, they would not take us into the European Union? Oh, if only they could give this decision! They would make our work easier," Erdogan told a rally in the southern city of Antalya.

Despite the strained relations, no EU leader has openly said that a "yes" vote would spell the end of Turkey's already-embattled bid to join the bloc.

If Turkish voters end up approving the constitutional changes, April 16 "would be a breaking point" in EU-Turkey relations, Erdogan said, adding: "Turkey is no one's whipping boy."

Later on Saturday at a Turkey-Britain forum, the Turkish strongman suggested he could even put EU membership to a vote after the April referendum, saying: "We could pursue a referendum and obey the decision taken by the nation."

Among some European politicians, there has already been talk about the future of Turkey's membership process.

On April 16, Turks will decide whether to approve constitutional changes that would create an executive presidency and abolish the post of prime minister.

The government says the changes would provide political stability by avoiding fragile coalition governments, but critics fear it will lead to one-man rule.

Another issue which has raised questions over Turkey's membership bid is plans mooted by Erdogan to bring back the death penalty if the move was approved by parliament.

"What? If the death penalty is introduced (to bring justice) for the 249 people killed (in last year's failed coup), Turkey has no place in Europe? Oh, let it not be!" he mocked on Saturday.

Turkey abolished the death penalty in 2004 as part of its bid to join the EU and Brussels has made clear that any move to bring it back would scupper Ankara's decades-long efforts to join the bloc.