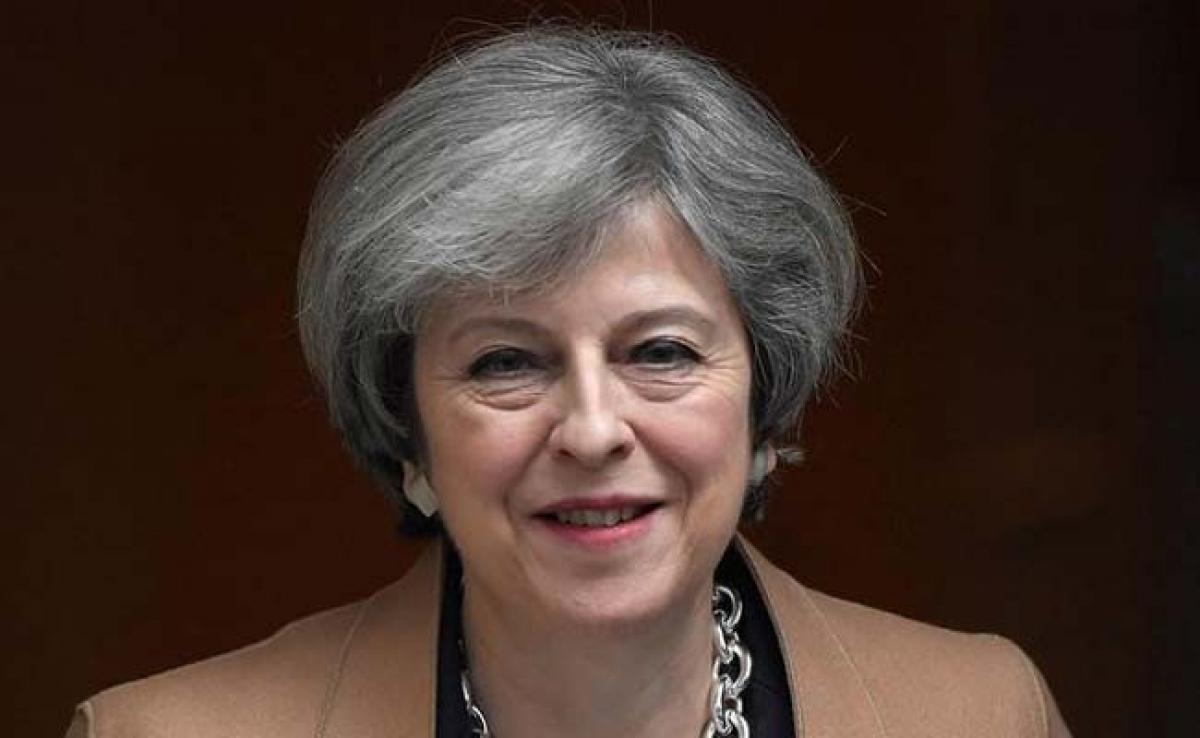 British Prime Minister Theresa May on Tuesday signed the historic letter that will launch Brexit when it is delivered to Brussels on Wednesday, a photo released by her office showed.

British Prime Minister Theresa May on Tuesday signed the historic letter that will launch Brexit when it is delivered to Brussels on Wednesday, a photo released by her office showed.

Sitting in front of a lone Union Jack national flag and a portrait of Britain's first prime minister, Robert Walpole, a serene-looking May signed the letter to begin the country's departure from the European Union.

The letter will be taken from 10 Downing Street to Brussels, where it will be delivered by Tim Barrow, Britain's EU ambassador, to EU President Donald Tusk around 1130 GMT on Wednesday.

Formally notifying Tusk of Britain's intention to leave the bloc, by triggering Article 50 of the EU's Lisbon Treaty, sets the clock ticking on a two-year negotiating period to end the UK's 44 years of membership.

"They agreed that a strong EU was in everyone's interests and that the UK would remain a close and committed ally," Downing Street said.

"They also agreed on the importance of entering into negotiations in a constructive and positive spirit, and of ensuring a smooth and orderly exit process."

As Britain begins its break with the bloc on Wednesday, May will address parliament and promise to represent everyone in the UK -- including EU citizens -- in the negotiations with Brussels.

She will express hope "that we are no longer defined by the vote we cast, but by our determination to make a success of the result".

"We are one great union of people and nations with a proud history and a bright future. And, now that the decision has been made to leave the EU, it is time to come together," the prime minister will say, according to her speech published in advance by Downing Street.

Britain voted by 52 per cent to leave the European Union in a referendum on June 23, 2016.