A Century Later, Plans Underway For World War I Memorial In Washington 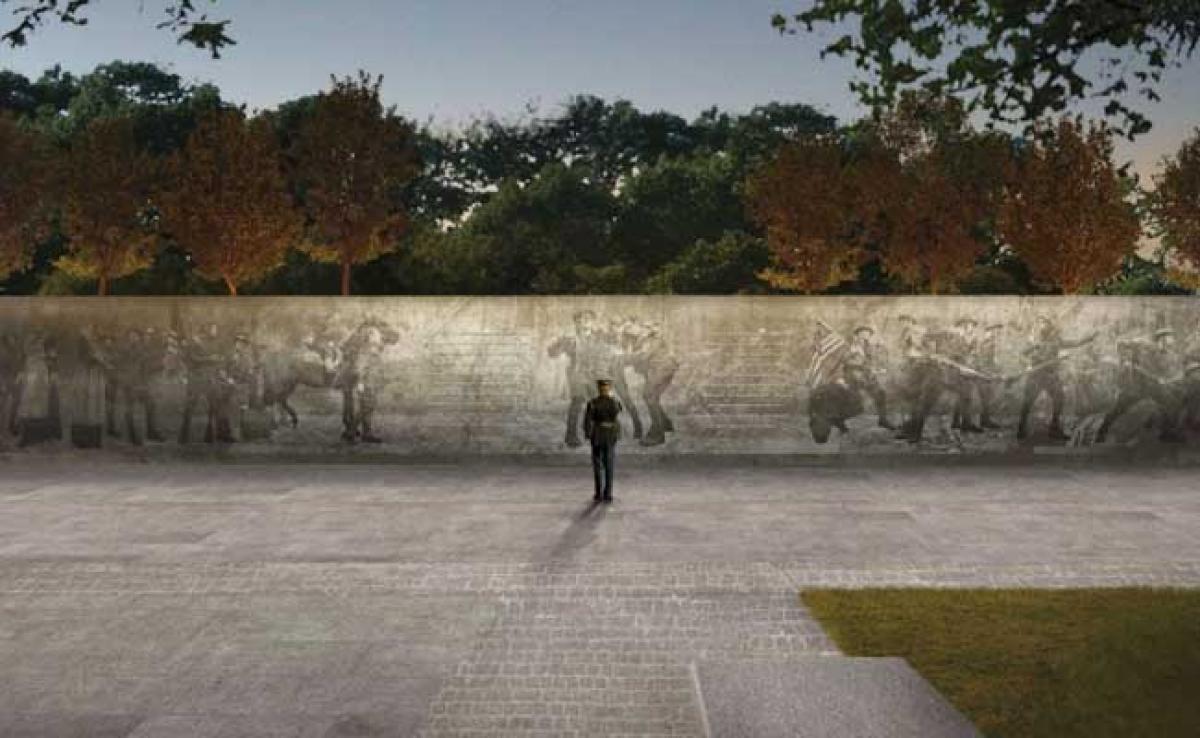 How should the United States honor the wishes of the last American World War I soldier, who asked for a national monument to the country\'s role in the conflict?

How should the United States honor the wishes of the last American World War I soldier, who asked for a national monument to the country's role in the conflict?

The answer is more complicated than it seems.

Frank Buckles, who was a teenage ambulance driver in the Great War, was dismayed to discover on a 2008 visit to Washington's sprawling National Mall that there was nothing to commemorate the pivotal role Americans played in the final two years of the 1914-1918 conflict.

The wheelchair-bound 107-year-old found memorials to wars in Vietnam and Korea, and a grand monument to the US victory in World War II. But for World War I, the best he and his entourage could find was an abandoned marble bandstand honoring Washington residents who died in the conflict.

"'Can you do something so that my generation is remembered?'" photographer and filmmaker David DeJonge, who was in the group, recalls Buckles saying.

"What do you say to the last World War I veteran when he asks that?"

Americans have long debated how to best remember influential people and events. Grand memorials in cemeteries were once popular, as were statues of war heroes on horseback. Others argued that memorial libraries and schools were more practical.

Memorials have also long been local affairs: there are some 10,000 WWI memorials across the country, including three in the US capital, according to the World War I Inventory Project. They usually honor local military units or hometown troops who fell in the war, and include statues, plaques and bridges.

Most prominent among them is the 217-foot (67-meter) Liberty Tower, on a hill soaring over Kansas City, Missouri.

The city was a wealthy rail hub during the war years, and close to the birthplace of the top US WWI military commander, General John J. Pershing.

Swept up in patriotic enthusiasm at the war's end, Kansas City residents raised $2.5 million -- the equivalent of $35 million today -- in just 10 days to build the tower.

"There was a huge amount of civic pride in the memorial," said Derek Donovan, who wrote a book on the Liberty Tower. "It was a local effort -- private funds raised by little girls going door to door."

When the Liberty Tower was inaugurated in 1921, some 100,000 people gathered for the ceremony which featured Pershing, the highest military commanders of wartime allies France, Britain, Belgium and Italy, and president Calvin Coolidge.

The site however was never designated a national war memorial.

In the US capital, national war memorials date only to 1982 when the Vietnam War memorial opened on the National Mall. A Korean War memorial followed, and in 2004, after years of debate, a World War II memorial.

The United States has been "walking it back ever since," said Edwin Fountain, co-chair of the World War I Centennial Commission. The biggest drawback, he said, is that "we don't have a living constituency of World War I veterans."

No room on the Mall

Buckles, along with DeJonge and Fountain, lobbied Congress for a national Great War memorial in Washington. But as Congress debated what to do, Buckles died in 2011 at the age of 110.

Lawmakers finally reached an agreement in 2014: there would be two national memorials, one in Kansas City -- which includes the National World War I Museum -- and one in Washington.

The World War I Centennial Commission eventually settled on Pershing Park, a site that features a statue of the WWI general located just blocks from the White House.

The Centennial Commission held a contest for the memorial design, and last year chose a proposal that features an open plaza of bas-relief panels depicting period soldiers titled "The Weight of Sacrifice."

Work on the project is expected to begin by November 11, 2018, the centennial of the end of the war.

DeJonge, who is Buckles's official biographer and has produced a documentary on his life, insists that the WWI memorial must be on the National Mall.

"Pershing Park will forever seal the fate of WWI as a forgotten war that America did not care enough about to honor with a proper memorial," DeJonge said.

But federal law doesn't allow for new memorials on the Mall.

"We would have to get an exemption from Congress, which was a fight we chose not to do," Fountain said.