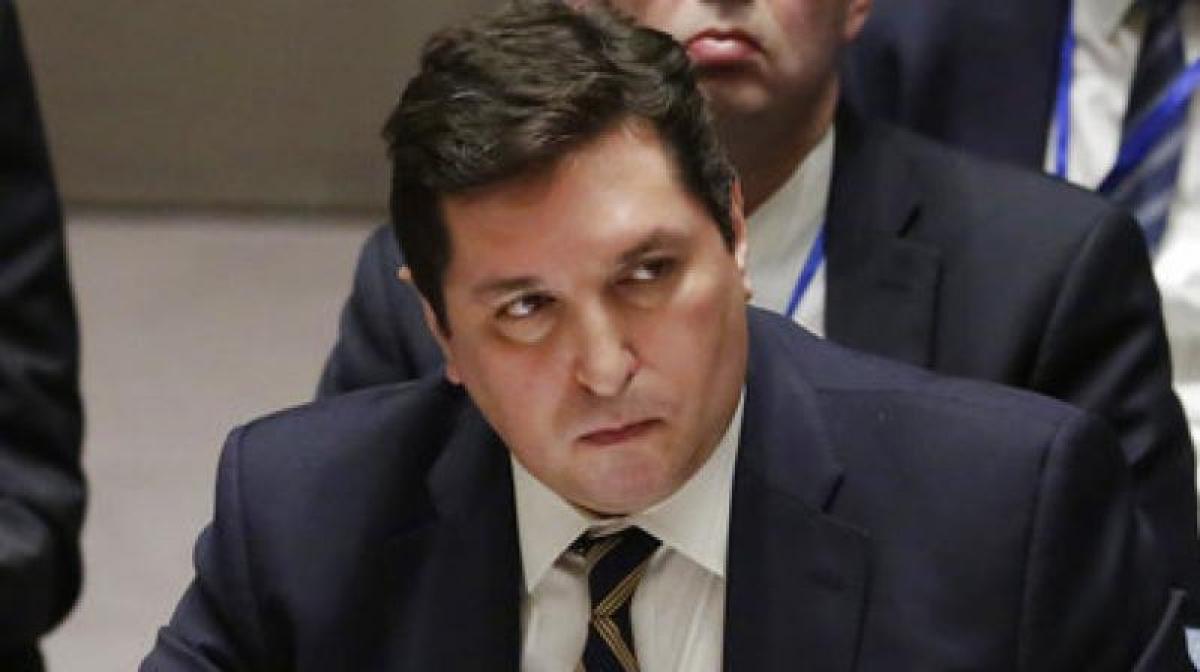 Russia vetoed a UN resolution Wednesday that would have condemned the reported use of chemical weapons in a town in northern Syria and demanded a speedy investigation, triggering clashes between Moscow and the measure\'s Western backers.

Russia vetoed a UN resolution Wednesday that would have condemned the reported use of chemical weapons in a town in northern Syria and demanded a speedy investigation, triggering clashes between Moscow and the measure's Western backers.

The vote on the Security Council resolution drafted by Britain, France and the United States was 10 in favor, Russia and Bolivia against, and China, Kazakhstan and Ethiopia abstaining.

It was the eighth veto by Russia, a close ally of Syrian President Bashar Assad, on a Western-backed Syria resolution and reflected the deep division that has left the UN's most powerful body struggling to tackle the use of banned chemical weapons and to help end the six-year Syrian conflict. China has vetoed six resolutions.

Russia's UN Ambassador Vladimir Safronkov told the council before the vote that a resolution was unnecessary, and the draft put forward by the Western powers pre-judged that the Syrian government was responsible for the April 4 attack on Khan Sheikhoun in which nearly 90 people died.

Safronkov said Russia's Foreign Minister asked US Secretary of State Rex Tillerson during talks earlier Wednesday in Moscow to jointly request the Organization for the Prohibition of Chemical Weapons "to immediately put together an independent international mission" to visit Khan Sheikhoun and the air base that the U.S. attacked in retaliation. Tillerson is considering the request, he said, "and we expect that Washington will have a constructive reaction."

Russia has criticized previous investigations carried out by the OPCW and the United Nations which blamed the Syrian government for at least three chemical weapons attacks without visiting the sites. Safronkov reiterated Wednesday that an investigation cannot be conducted remotely and experts must be drawn from a wide geographical basis.

The attack on Khan Sheikhoun is expected to be near the top of the agenda when the OPCW's executive committee meets Thursday at the organization's headquarters in The Hague, Netherlands.

Both the Syrian government and opposition have asked for an independent investigation Safronkov said, "whereas the OPCW is doing nothing, for reasons unknown."

Looking at the resolution's supporters sitting around the horseshoe-shaped table in the Security Council, he said: "You are afraid of an impartial investigation" that the Syrian government was being blamed for chemical weapons attacks carried out by extremists.

After the vote, Britain's U.N. Ambassador Matthew looked at Safronkov and asked: "How could anyone look at the faces of lifeless children" and yet veto this resolution?

US Ambassador Nikki Haley told the council: "We want to work with Russia to advance a political process in Syria. We want Russia to use its influence over the Assad regime to stop the madness and the cruelty we see every day on the ground." "Today's vote could have been a turning point," she said. But "with its veto, Russia said no to accountability. ... Russia now has a lot to prove."