Trade talks with US were extensive, promoted mutual understanding: China 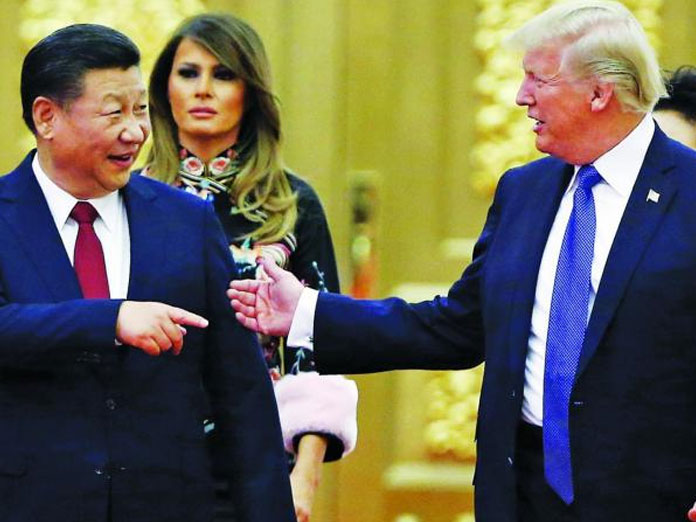 China on Thursday said that the justconcluded round of trade talks with the US were extensive and established a foundation for the resolution of each others concerns, echoing positive sentiments expressed by American negotiators

Beijing: China on Thursday said that the just-concluded round of trade talks with the US were extensive and established a foundation for the resolution of each others' concerns, echoing positive sentiments expressed by American negotiators.

Trade tensions between the world's two largest economies escalated last year, putting global stock markets on edge. The US announced tariffs on USD 250 billion worth of Chinese goods, while China countered with its own.

A US delegation arrived in Beijing on Monday for the first face-to-face dialogue with Chinese officials since President Donald Trump and his Chinese counterpart Xi Jinping agreed to a three-month tariff truce during a meeting held on the sidelines of the G-20 summit in Argentina.

In early December, Trump and Xi agreed to a temporary ceasefire, giving both sides until March to reach some agreement on trade and issues such as the forced transfer of technology.

The latest talks lasted for three days in Beijing — one day longer than had been previously announced, which analysts said indicated the discussions were making some progress.

The US delegation was supposed to end its visit on Tuesday. However, the vice-ministerial talks were extended till Wednesday which China said reflected the seriousness of the negotiations.

"It's been a good one for us," Ted McKinney, US Under Secretary for Trade and Foreign Agricultural Affairs, said after the talks concluded. The discussions "went just fine", he said without elaborating.

In its first reaction after the talks, the Chinese Commerce Ministry said on Thursday both sides have actively implemented the significant consensus reached by the leaders of the two countries and conducted extensive, in-depth and detailed exchanges on trade and structural issues of common concern. "The talk has enhanced mutual understanding and laid a foundation for addressing each other's concerns," it said.

Both sides have agreed to continuously keep in close contact it said. The US delegation, led by Deputy Trade Representative Jeffrey Gerrish, included representatives from the departments of energy, agriculture, treasury and commerce.

The Chinese side was led by Commerce Vice Minister Wang Shouwen. The results of the talks were expected be analysed at a separate meeting between US trade representative Robert Lighthizer and Chinese Vice-Premier Liu He after which the two sides were expected to announce a decision.

Trump, who has been accusing China of indulging in unfair trade practices contributing to the huge trade deficit with the US amounting to USD 375 billion, on Tuesday said the trade talks with Beijing were going on "very well". He had earlier warned that if a deal is not reached by March 1, the end of the 90-day grace period, the US will increase the tariffs on the USD 200 billions of goods from 10 per cent to 25 per cent.

China is facing the daunting task of presenting a credible plan to meet Trump's demands to cut down the trade deficit. In recent weeks, China has showed some signs of flexibility or acceding to the American demands.

It softened its stand by offering a mix of concessions by resuming purchases of US soybeans, suspended punitive tariffs on imports of US cars and toned down its 'Made in China 2025' plan, which aimed at breaking the country's reliance on foreign technology and pull its hi-tech industries up to western levels. China also proposed clear bans on forced technology transfer in new draft foreign investment legislation.

Last year, the US imposed tariff hikes of up to 25 per cent on USD 250 billion of Chinese goods. The move prompted China to increase tariffs on USD 110 billion of US goods. China is currently America's largest goods trading partner with USD 635.4 billion in total (two way) goods trade during 2017.