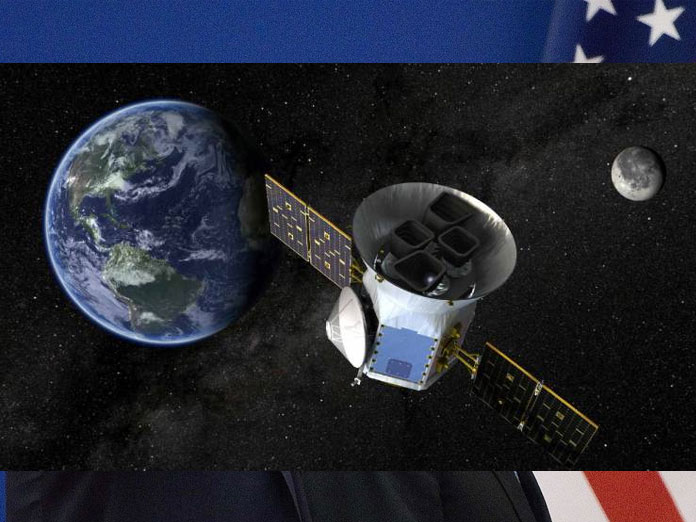 Space officials from China and America have exchanged information for the launch of Beijings recent successful mission to land on the dark side of the moon, the first such collaboration since the 2011 US law banning space exchanges with the Communist nation, an official media report here said

Beijing: Space officials from China and America have exchanged information for the launch of Beijing's recent successful mission to land on the dark side of the moon, the first such collaboration since the 2011 US law banning space exchanges with the Communist nation, an official media report here said. Space authorities from two sides have been discussing cooperation in lunar and deep-space exploration since the second half of last year.

The "close communication" between China National Space Administration (CNSA) and the National Aeronautics and Space Administration (NASA) included the use of NASA's Lunar Reconnaissance Orbiter (LRO) satellite to observe the landing of Beijing's Chang'e 4 spacecraft on the far side of the moon, state-run China Daily reported. The lunar explorer Chang'e-4 landed on the far side of the moon on January 3, becoming the world's first spacecraft to touch down on the natural satellite's uncharted side never visible from Earth, in a major boost to China's quest to become a space superpower.

Before the start of Chang'e 4 mission last month, Chinese scientists involved in the program and their counterparts from NASA's LRO team had "close communication" to discuss the use of the LRO satellite to observe the landing of Chang'e 4 for scientific purposes. Launched in June 2009, the LRO is a NASA robotic spacecraft orbiting the moon to gather various kinds of scientific data. "Space authorities in China and the US have been discussing cooperation in lunar and deep-space exploration since the second half of last year, and the two sides exchanged information before the launch of the Chang'e 4 mission to the far side of the moon," the daily quoted CNSA as saying.

As a result, the US provided orbital data of the LRO to the Chinese team, while the Chinese side informed the US team about the pre-set site and time of the Chinese lunar probe's landing. Both sides expected the collaboration would bear scientific fruit, the Chinese space agency said. The exchange was the first cooperation, though at a rudimentary level, between Chinese and US space programs since 2011, when a US federal law was made to prohibit NASA from bilateral cooperation with China, it said. A Chinese insider who didn't want to be named told China Daily that the communication represented important progress between the two.

He said the two countries can also join hands in making use of Chang'e 4's scientific findings, such as those generated by the low frequency spectrometer carried by the probe's lander, to boost lunar research. In May 2018 China launched a relay satellite named Queqiao to set up a communication link between the Earth and Chang'e-4 lunar probe as direct communication with the far side of the moon is not possible, which was the main challenge for lunar probe mission. The CNSA on Friday released the 360-degree panoramic photos taken by a camera installed on the top of the lander.

The images were sent back through the relay satellite Queqiao, which was operating around the second Lagrangian point of the earth-moon system, about 455,000 km from the earth, where it can see both the earth and the moon's far side, state-run Xinhua news agency reported. The Chang'e 4 is China's fourth lunar expedition. In another development, the CNSA has stated that two foreign-made scientific instruments mounted on the Chang'e 4 -- a neutron dosimeter developed by Kiel University in Germany and an energetic neutral atom analyzer provided by the Swedish Institute of Space Physics --have been activated for testing.