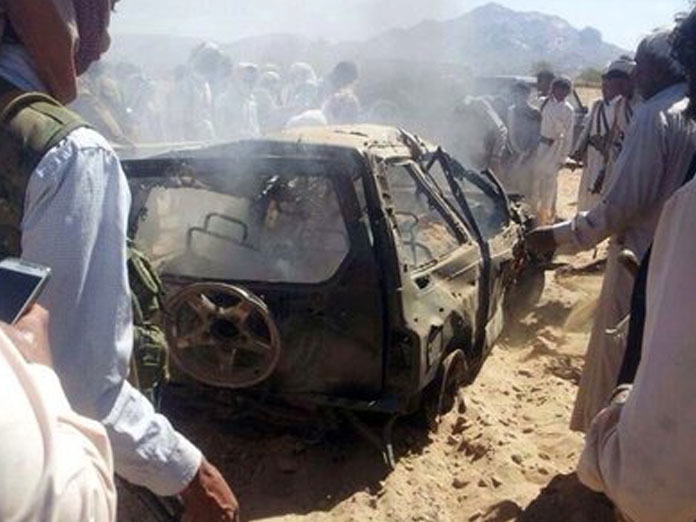 Dubai: The UN envoy to Yemen said he was "alarmed" over the escalation of violence after a rebel drone attack on the country's largest airbase killed six loyalist soldiers.

In tweets posted overnight Thursday Martin Griffiths urged all parties to Yemen's protracted conflict to exercise restraint. The Shiite Huthi rebels said they carried out the strike which hit a military parade at Al-Anad air base, in government-held Lahij province some 60 kilometres (40 miles) north of Yemen's second city Aden. Six loyalist soldiers were killed and at least 12 people wounded, including top commanders, medics said. The attack comes as the UN, which brokered several agreements between the rebels and the Saudi-backed government at talks in Sweden last month, is desperately seeking to relaunch negotiations for an end to four years of devastating conflict.

Griffiths tweeted that he was "alarmed by today's (Thursday) escalation of violence in Yemen". He urged "all parties to the conflict to exercise restraint and refrain from further escalation" and to "create a conducive environment to maintain the positive momentum generated" in Sweden. The UN was hoping last month's talks in Sweden would help launch formal peace talks between Yemen's warring parties. Thursday's attack is likely to create a new obstacle for those efforts. In Sweden, the warring sides agreed truce deals for the key rebel-held aid port of Hodeida and for battleground third city Taez. The drone strike drew condemnation from the United Arab Emirates, a key contributor to the Saudi-led military coalition fighting the rebels.

The "murderous drone attack tells you everything you need about the Huthis. Peace negotiations are a tactic to them, not a commitment," UAE Minister of State for Foreign Affairs Anwar Gargash tweeted. "464 ceasefire violations, 36 killed & 318 wounded since (Sweden) agreement. The international community must increase pressure," he said, blaming the Huthis for the slow progress of peace efforts. The war between the Huthis and loyalist troops escalated in March 2015, when President Abedrabbo Mansour Hadi fled into Saudi exile, prompting the Saudi-led coalition to intervene. The conflict has killed nearly 10,000 people and pushed some 14 million Yemenis to the brink of famine in the world's worst humanitarian crisis, according to the United Nations.