Iraq parliament approves 2019 budget, one of largest ever 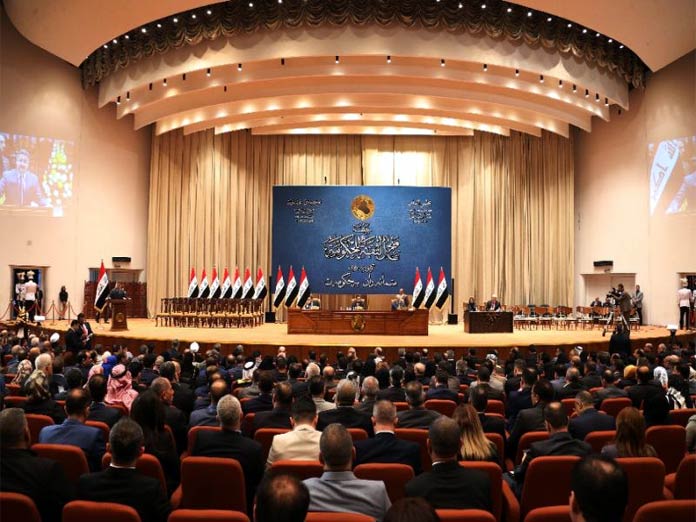 Iraqi lawmakers on Thursday approved the governments 2019 budget, which at USD 1118 billion is one of the oilrich countrys largest ever spending bills

Baghdad: Iraqi lawmakers on Thursday approved the government's 2019 budget, which at USD 111.8 billion is one of the oil-rich country's largest ever spending bills.

It represents a nearly 45 per cent increase from last year and awards even more money for public salaries, including those of the northern Kurdish region. Nearly 90 per cent of the budget comes from oil revenues. Iraq expects to export 3.9 million barrels per day in 2019, including 250,000 bpd from the Kurdish region, at an average of USD 56 per barrel. The current price of crude sits at USD 63 per barrel. The deficit is expected to more than double to USD 23.1 billion, while investments increase to USD 27.8 billion.

The draft bill was originally submitted to parliament in October but has been fiercely debated since then. MPs from provinces ravaged by the fight against the Islamic State group criticised it for not allocating enough reconstruction funds to their regions. Another debate raged over the share that would be allotted to the administratively autonomous Kurdish region. MPs had originally scheduled a session for 1:00 pm on Wednesday but delayed it to 7:00 pm and voted article by article, finishing just after midnight. The government proposed USD 52 billion in salaries, pensions, and social security for state workers -- a 15-per cent jump from 2018 and more than half the total budget.

Notably, parliament passed a budget measure to fund salaries for the Kurdistan region's state workers and armed forces, the peshmerga. The budget also stipulates the Kurdish Regional Government must export 250,000 bpd of crude through state-owned companies and deposit the revenues in federal coffers. If it didn't, MP Sarkawt Shamsaddin told AFP, Baghdad would continue to pay salaries but would not disburse other funds to the Kurdish region. "The good thing is public servants' salaries and peshmerga are not subject to political disputes," said Shamsaddin, representing the northeastern Kurdish city of Sulaymaniyah.

Relations between Baghdad and Arbil, the capital of the Kurdish region, soured in 2017 after Kurdish authorities held an independence referendum. Last year's budget was approved by parliament in March. Parliament had also scheduled a vote on two of the five remaining empty cabinet posts in Prime Minister Adel Abdel Mahdi's government but adjourned without holding it.