British MPs to vote on moves wrestling control of Brexit 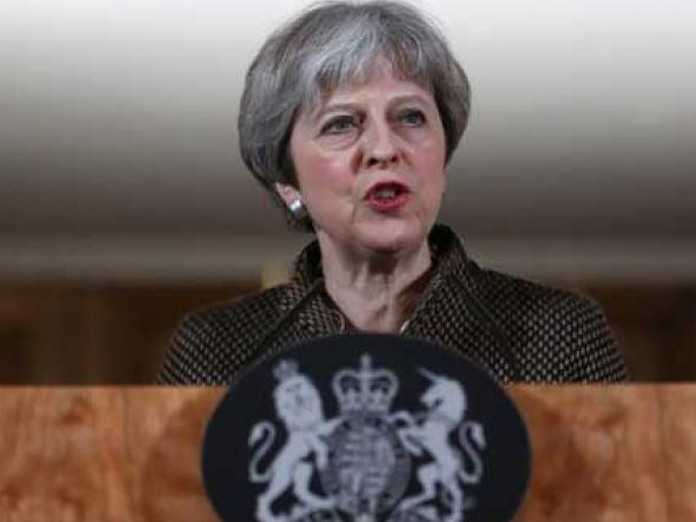 London: British lawmakers will vote on Tuesday on whether to try to take control of the Brexit process in a series of crunch votes that threaten to pile more pressure on Prime Minister Theresa May.

With the Brexit deadline only 60 days away, MPs will vote on May's "Plan B", which she presented to parliament last week after her initial deal was comprehensively rejected on January 15. They will also vote on amendments that will indicate whether lawmakers have the numbers to instigate a legally-binding parliamentary takeover of the process.

One amendment would open the door for the Remain-dominated House of Commons to bring in legislation preventing Britain leaving the European Union without an official deal on March 29. It would force May to delay Brexit for nine months if her deal is not approved before February 26, and give lawmakers the ability to indefinitely extend the deadline.

Increasing numbers of government ministers have warned they will not accept the prospect of Britain leaving without a deal, which would immediately sever all ties with its largest trading partner. Conservative leader May is seeking to salvage her agreement, and hopes to win over MPs in another future ballot, despite losing the last by 230 votes.

The government said that this second "meaningful vote" would also be amendable, possibly convincing some MPs not to take any drastic action on Tuesday, knowing they will have another chance. Parliamentary experts also warned that MPs' efforts may be unconstitutional.

"The Commons... cannot legally compel the government to negotiate an arrangement to which it is opposed," King's College London professor Vernon Bogdanor wrote in The Times, adding their plans would constitutionally require a change in government.

Amid the bitter wrangling Queen Elizabeth II appeared to make a rare foray into politics last week, emphasising in a speech the need for Britons to come together to "seek out the common ground". May's plan B hinges almost entirely on convincing the EU to reexamine the existing deal's so-called backstop proposal, which could see Britain tied to the bloc's trade rules to keep open the border with Ireland.

An amendment potentially up for a vote on Tuesday would call for her to go back to Brussels and secure changes to the backstop. May reportedly told Tory MPs at a Monday meeting the government will support the measure and would order them to follow suit.

But an ardently pro-Brexit group of Conservative lawmakers led by backbencher Jacob Rees-Mogg said they would not back the move because it does not force the reopening of the withdrawal agreement. If passed, the amendment could put pressure on Brussels to reopen the deal by offering a clear path through the current impasse.

But the EU has consistently said there will be no major changes to the deal and on Monday accused Britain of risking a no-deal Brexit "by accident". In some of her toughest remarks to date Sabine Weyand, deputy to EU negotiator Michel Barnier, criticised May's handling of divorce talks, arguing she had kept colleagues too in the dark during the 18 months of gruelling negotiations.

Meanwhile MPs in favour of another referendum pulled their amendment after it crucially failed to win the support of Labour leader Jeremy Corbyn, although the idea will remain on the backburner if Brexit is delayed.

Not all amendments will be put to a vote, with Commons Speaker John Bercow to make the selection on Tuesday morning, with votes cast from 7:00 pm (1900 GMT). The speaker sparked outrage when he ignored convention and the advice of his clerks to approve the initial move forcing May to reveal her revised plan, which also gave MPs a motion on which to tag their amendments.

Leave supporting MPs have accused the speaker, who publicly declared that he voted for Remain, of using his position, which is traditionally impartial, to try to scupper Brexit, and will be keeping a close eye on his actions on Tuesday. May's office has said it was considering extending House of Commons hours and cancelling MPs' week-long February holiday to make time to pass all the laws needed to prepare for Brexit.