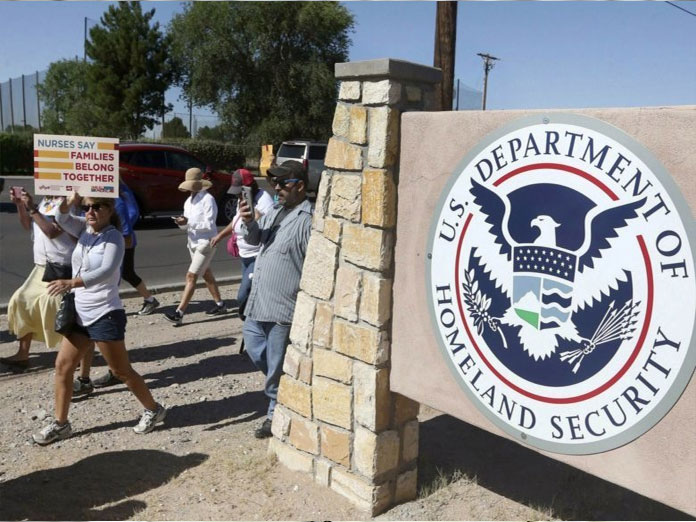 The forcefeeding of immigrant detainees inside a Texas detention facility could violate the UN Convention Against Torture, the Genevabased United Nations human rights office said Thursday

The Office of the High Commissioner for Human Rights is concerned that force-feeding could constitute "ill treatment" that goes against the convention, which the United States ratified in 1994, spokeswoman Ravina Shamdasani told The Associated Press.

The UN's statement echoes concerns raised by 14 Democratic lawmakers who sent a letter to US Immigration and Customs Enforcement on Thursday requesting more information about nine Indian men on a hunger strike who have been force-fed through nasal tubes. One of the detainees refusing food, a 22-year-old man, described being dragged from his cell three times a day and strapped down on a bed as a group of people poured liquid into tubes pushed through his nose.

"It is critical that ICE commit to ending this practice," said the letter spearheaded by Texas Democratic Rep. Veronica Escobar, who visited the El Paso Processing Center and met with the men after AP reported on the force-feeding. Last month, ICE obtained court orders to begin non-consensual feeding and hydration of the hunger strikers. The agency did not immediately provide comment on the UN's statement, but has said that it fully respects the rights of all people to voice their opinion without interference.

"ICE does not retaliate in any way against hunger strikers. ICE explains the negative health effects of not eating to our detainees. For their health and safety, ICE closely monitors the food and water intake of those detainees identified as being on a hunger strike," the agency said in a statement earlier this week.