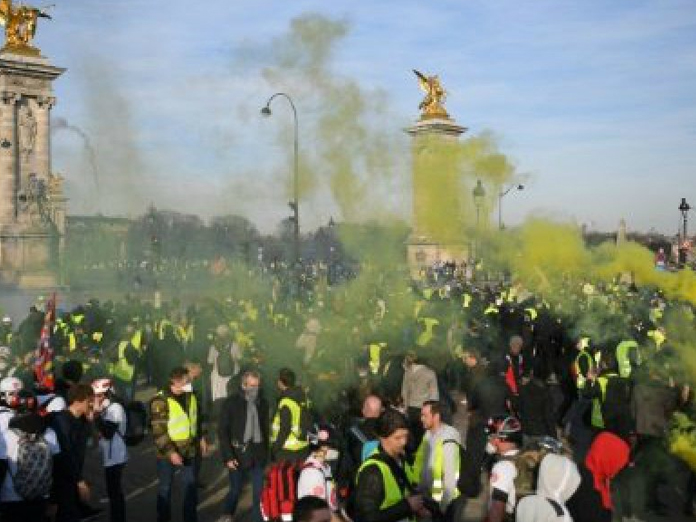 The incident took place as a total of 41,500 people participated in anti-government protests across the country for the 14th consecutive weekend on Saturday, including some 5,000 people in Paris, reports the BBC.

Police officers intervened to form a barrier after a group of protesters involved in the march confronted philosopher Alain Finkielkraut and started verbally insulting him.

The 69-year-old Jewish academic told the Le Parisien daily that he heard people shouting "dirty Zionist" and "throw yourself in the canal".

He told another newspaper, Journal du Dimanche, that he felt an "absolute hate" directed at him, and would have been afraid for his safety if the police were not there, although he stressed that not all of the protesters were aggressive.

Finkielkraut, the son of Polish immigrants, has previously expressed sympathy for the protesters, but also voiced criticism of the movement.

He said that President Macron had spoken with him on telephone on Saturday to offer his support.

Macron said it was an "absolute negation" of what made France great and would not be tolerated, the BBC reported.

The "yellow vest" protests began in mid-November over fuel taxes.

They have since broadened into a revolt against Macron and a political class seen as out of touch with common people.