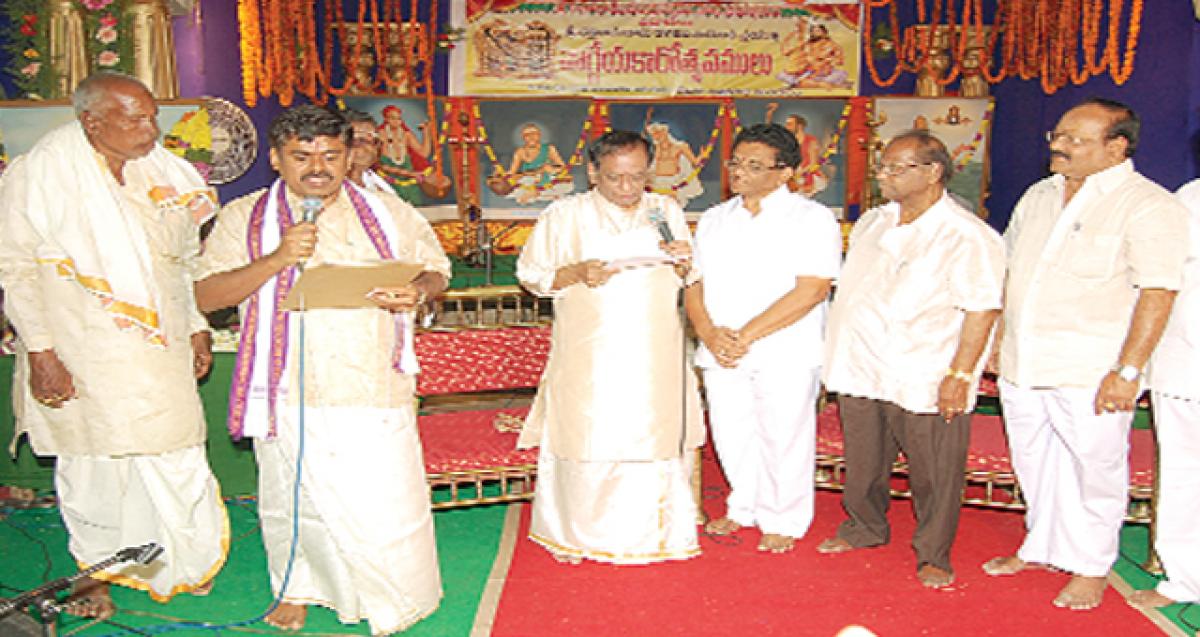 Dr Muralikrishna visited Bhadrachalam for the first time in 1972 to take part in the Vaikuntha Ekadasi celebrations on the invitation of the then...

Kothagudem: Noted musician Dr Mangalapalli Balamuralikrishna had been the household name in the Telugu States. He was also closely connected with the Sri Sitaramachandra Swamy Devastanam here. He visited Sri Sitaramachandra Swamy many a times and recited Ramadas Keerthanas much to the pleasure of devotees and made them so popular that a number of devotees throughout the world sing them.

Dr Muralikrishna visited Bhadrachalam for the first time in 1972 to take part in the Vaikuntha Ekadasi celebrations on the invitation of the then Devasthanam chairman Alluri Murthyraju and Executive Officer Nagi Reddy. When he was paid honorarium for participating in the celebrations, the illustrious musician donated it to the temple.

Former EO and presently Regional Joint Director of Endowments department at Kakinada SS Chandrasekhar Azad appealed to the great vocalist to become Asthan Vidwan of the temple. After he agreed to the proposal, the EO sent the same to the Endowments Commissioner for approval.

Mangalapalli visited Bhadradri on February 10, 2011 to take oath as the Asthan Vidwan of the temple and the then EO Azad administered the oath. A number of Ramadasu Keerthanas sung by Balamuralikrishna were brought out as CDs and cassettes and became very popular, said Bhadradri Agama Sastra scholar and Sthanacharyulu K E Sthala Sai.