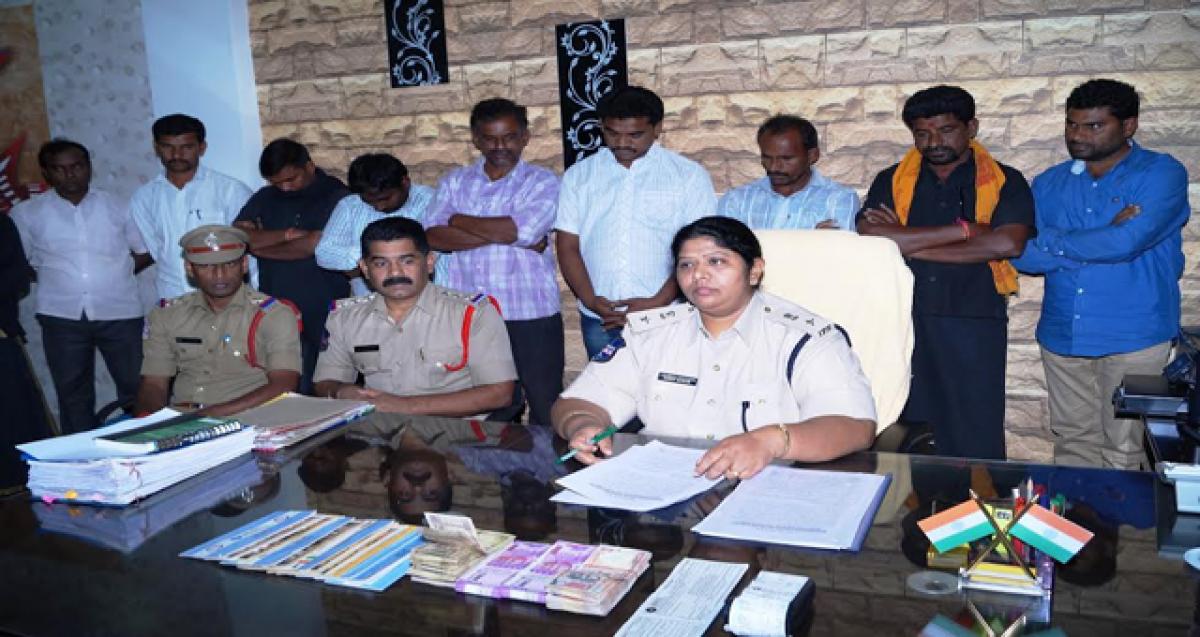 Suryapet: The district police on Monday arrested a 12-member gang, which was exchanging banned currency notes of Rs 500 and Rs 1,000 with new Rs 2,000 notes and Rs 100 notes on the commission basis, and recovered Rs 3.1 lakh new currency and Rs 86,740 banned currency, one swipe machine and 14 passbooks from their possession.

One of the accused Shanam Ramaiah (40), temporarily working at SBH, Gaddipally colluded with the accused. Producing the arrested persons before the media, District Superintendent of Police Parimala informed that the accused persons belong to various places in Garidepally, Neredcharla and Penpahad mandals of Suryapet district were eking out their livelihood by working as private employees, running businesses and cultivating crops.

As per the decision of the Union government, the accused deposited the banned currency notes in SBH, Gaddipally branch, collected the new currency notes from the bank through the various accounts and tried to exchange new currency to the required persons on commission basis.