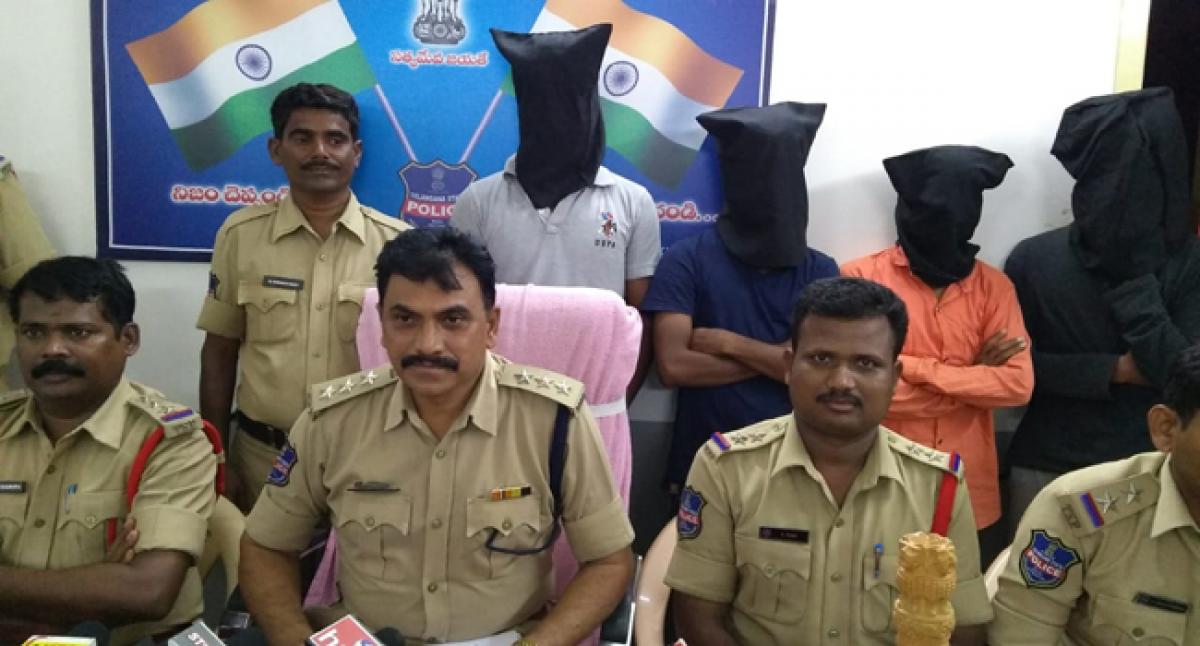 In a shocking incident, a 32-year-old woman was allegedly gang-raped by four youths on the premises of Government Junior College in Kalwakurthy town at midnight on Monday.

Nagarkurnool: In a shocking incident, a 32-year-old woman was allegedly gang-raped by four youths on the premises of Government Junior College in Kalwakurthy town at midnight on Monday.

District Collector E Sreedhar and Superintendent of Police Sunpreet Singh visited spot and assured the people that the suspects were identified. The Collector said all help would be extended to the victim as there was none to look after her.

According to police, four youths, identified as Mansoor, Jilani, Abid and Salman, all of them in their twenties, had found assaulting a woman sexually in the compound of the government college near Indira Nagar colony in the middle of the night.

Local people rushed to the spot when the woman raised alarm. On seeing the people, the suspects fled the place. Meanwhile, addressing the media after visiting the spot, the Superintendent of Police said the youths were identified. Prevention Detention Act too would be invoked against the suspects, apart from charging them under relevant sections.

The Collector said the woman was sent for medical examination and she was provided treatment. He said compensation for the victim would be released immediately. All possible help from the government would be extended to the victim, as she had none to take care of her, he added.

According to locals, the government college compound had become a spot for illegal activities in the recent past. Locals decided to take action against such activities. As the local people swung into action, the case came to light. Sunpreet Singh promised to ensure that night patrolling in the area is intensified.