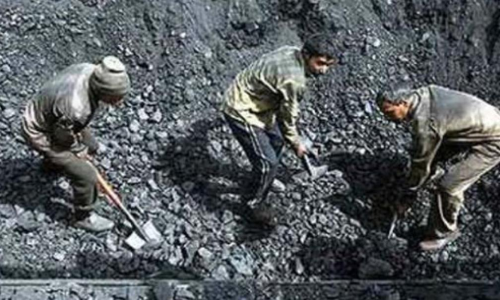 Kothagudem: The Singareni Collieries Company Limited workers are not happy with the announcement of Chief Minister K Chandrasekhar Rao on Wednesday regarding the share of profits allotted to them even though the company earned highest profits in the last financial year.

The Chief Minister had announced 27% share from the profits of the finance year 2017-18. SCCL had registered the Rs.1212 crore profits, which is a record in the history of the company. Last year they had received 25% share in the profit.

The Chief Minister also directed the officers to release the Performance Related Pay (PRC) dues for the last eight years. The Singareni employees have not been receiving the bonus from the last 18 years.The first time the workers had received the bonus that was in 1999-2000 financial years. It was announced by the United Andhra Pradesh Chief Minister N.ChandraBabu Naidu.

The workers aren’t happy with the announcement of the 27% share. The workers expected 30% of the share of the profit. But after the Chief Minister announcement they expressed disappointment and staged protests in various ways here in Singareni.

The union leaders did not accept the CM’s announcement yet. They also demanded the government and the company management to give the 30% share in profit. They said the company earned enormous profit in the history of the Singareni but it was of no use for the toiling workers of the company.

AITUC senior leader D.Seshaiah it was not a good decision and it was no use for the workers. The workers had expected 30% share in profit, but the government gave only 27 %. He demanded the government to seek their opinion on this issue.

On the other hand, the recognized union Telangan Boggu Ghani Karimaka Sangam (TBGKS) conducted celebrations for the Chief Minister announcement. The union leaders said it was the good share for the workers in the profit. They also preparing to celebrate the announcement as a victory and conducting many programmes in and around the Singareni.

The BMS union leader Madhav Naik demanded the management to change the designation of workers from the worker to employee. He said, to changed employee to every worker it makes the honour in society. Vanga Venkat, the leader of the AITUC, demanded to give the priority to the welfare to the every worker in the Singareni.

Meanwhile, the Singareni Collieries Company Limited released a note on Friday. According to the note, The Chairmen and Managing Director of the Company said, “Chief Minister K Chandrasekhar announced the 27% share in the profit of the 2017-18. The amount of the share 327.44 corer will be distributed on 29th of this month.

He said, “it was the big bonus after the last eighteen years. He also said, in the country no company is not giving this type of the facilities to the workers. After the establishment of the new State the company had given774.49 cores in bonus from the last four years he added. The SCCK is giving all kind of benefits to the every workers in the company, he added.