December 2: A memorable day in the lives of SCs, STs 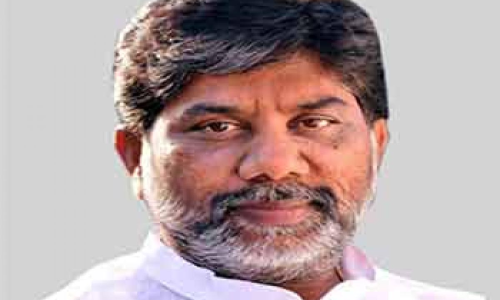 Khammam: Deputy Speaker Mallu Bhatti Vikramarka launched Indiramma Kalalu programme at Mahadevapuram village of Madhira mandal in Khammam district on Monday. Addressing the awareness meeting on SC, ST Sub-Plan, Bhatti Vikramarka said that the Central and State Governments have been striving for the uplift of the people belonging to SC and ST communities. The programme was first proposed by former Prime Minister late Mrs Indira Gandhi.

Later, as per the advice given by UPA chairperson Ms Sonia Gandhi, the State Government wanted to provide legal status for the spending of funds relating to the SC, ST Sub-Plan. Accordingly, the State Assembly passed a bill on December 2, 2012, providing legal status to the SC, ST Sub-Plan. As people belonging to socially backward sections benefit under the scheme, AP has become a role model to other states in the country in striving for the welfare of SCs and STs. The Act would help for the economical development and social uplift of the downtrodden people. The people belonging to the SC, ST communities have to remember December 2 as a historical day as in the case of August 15, 1947, he said.

The Deputy Speaker has said that the State Government has allocated Rs 12,451 cr to the Plan and the fund would exclusively be utilized for the welfare of SCs and STs in the State. Several of the problems in Mahadevapuram would be solved by making use of the funds.A Mr Bhatti Vikramarka also inaugurated `Amma Hastham' programme at Tahsildar office at Madhira and distributed packs of 9 essential commodities to some of the white ration card holders. As many as 16,205 white ration card holders would be benefitted in Madhira mandal under Amma Hastham programme, he said.