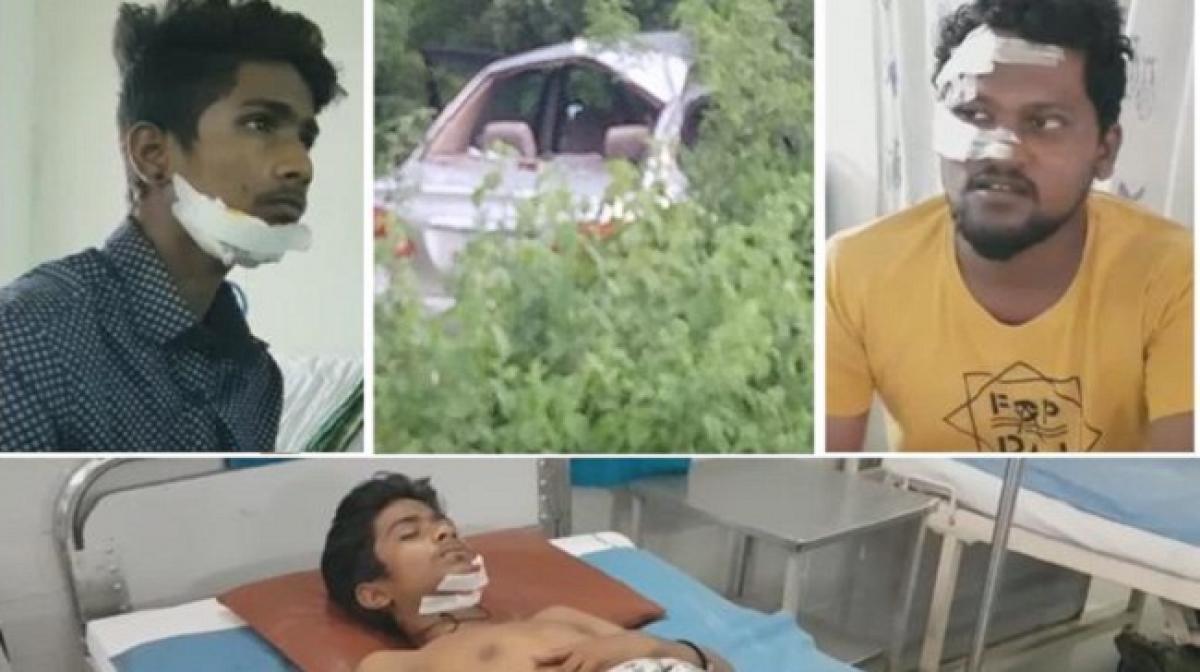 Life seems to be a question mark for these photographers who were injured in the mishap in which Harikrishna was killed. It is known that the car the actor was travelling in rammed into a divider. The car then flung into the air and landed on another SUV injuring three photographers inside the vehicle.

The photographers who were returning to Hyderabad from Kavvuru in Guntur also admitted into Kamineni Hospital along with Harikrishna with minor injuries. "After getting admitted into the hospital and done with the treatment, no one in the hospital has attended us including the police," they alleged adding that their cameras and equipment were completely damaged in the accident.

The photographers identified as Shiva, Bhargav and Praveen expressed distress over the mishap saying that they earn their living with the photoshoots. "Now our lives seems to be a question mark from tomorrow as our equipment was damaged in the mishap," they wailed requesting the government to provide financial aid.