'Chowkidar' can pick wrongdoer even in darkness: PM Modi in Maharashtra 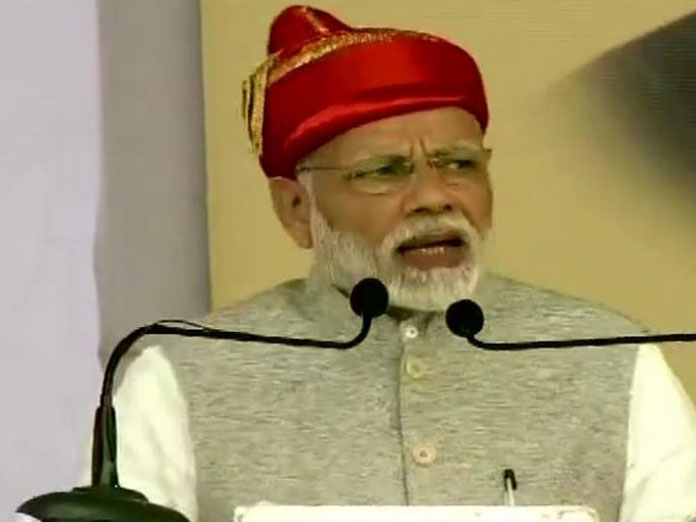 The onus is on the Congress to come clean on what is driving its allegations on the Rafale deal, Modi said

The onus is on the Congress to come clean on what is driving its allegations on the (Rafale) deal, Modi said.

Solapur: Prime Minister Narendra Modi on Wednesday said the passage of the bill that provides 10 per cent quotas for the general category poor in jobs and education is a “strong answer” by Parliament to those spreading lies on the move.

Addressing a public rally, PM Modi hoped that the bill is passed in Rajya Sabha by members respecting the public opinion.

Talking on the passage of the Citizenship Bill which seeks to provide Indian citizenship to non-Muslims from Bangladesh, Pakistan and Afghanistan, PM Modi said, “I want to assure the people of Assam and North East that their rights will not be hurt after the passage of the bill."

The onus is on the Congress to come clean on what is driving its allegations on the (Rafale) deal, he said.

Citing media reports, Modi said Michel was lobbying for "some other contender" as well. Congress should answer which leader of their party, now shouting about this (Rafale deal), has a connection with Michel, he said.

Modi said the 'chowkidar' (watchdog), has embarked on a campaign to root-out corruption cannot be bought or scared and will continue with his work relentlessly. The 'chowkidar' can pick a wrongdoer even in darkness, he added.

The Rs 972.50-crore toll road project will improve connectivity between Solapur and the Marathwada region. The housing project will benefit the homeless poor like rag pickers, rickshaw pullers, textile and beedi workers.