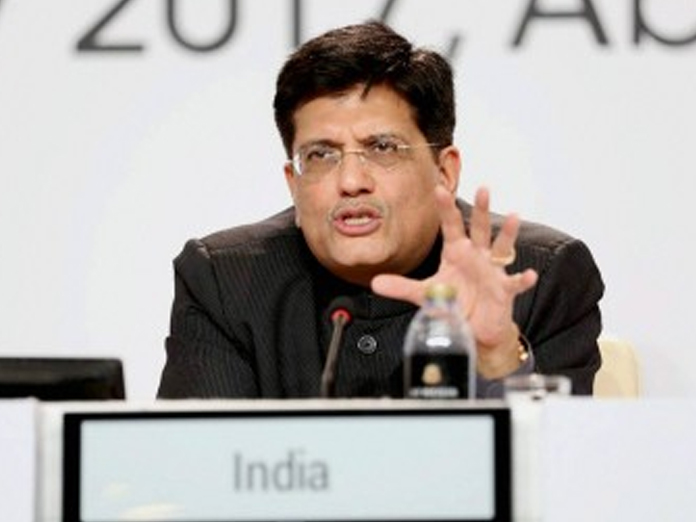 Union minister Piyush Goyal claimed Saturday that the Prime Minister Narendra Modiled government at the Centre has investedRs75,000 crore for infrastructure development in Mumbai so far

The Railway Minister was speaking to reporters at the Chhatrapati Shivaji Maharaj Terminus (CSMT) after flagging off the first Rajdhani Express of the Central Railway (CR) between CSMT Mumbai and Hazrat Nizamuddin, Delhi.

"Rs. 1,171 crore were invested in the railways during 2009-2014 (UPA-2 regime) in Maharashtra, while Rs. 4,345 crore have been invested in the state under the leadership of prime minister Narendra Modi," he said.

Phase 3-A of the Mumbai Urban Transport Project (MUTP), estimated to cost Rs. 54,777 crore, has received the Centre's nod and the Maharashtra cabinet has also approved it, Mr Goyal said.

"MUTP 3-A and other projects going on in Mumbai suburban region are worth close to Rs.75,000 crore," he said.

Mr Goyal claimed that Mumbai has never had such as a massive infrastructure investment.

"If one calculates the investments of the last 40-50 years (together), perhaps this much investment of Rs. 75,000 crore has not been made," he said.

The frequency of the CSMT-Delhi Rajdhani Express will be increased as it has got a good response on the first day itself, Mr Goyal said.

At present the train is to run twice a week -- Wednesday and Saturday.

The minister also said that the introduction of "Push and Pull'' technique (locomotives attached to the front and back of the coaches) will bump up the train's speed.

"The trial of push-pull has been approved. This will reduce the travelling time," he said.