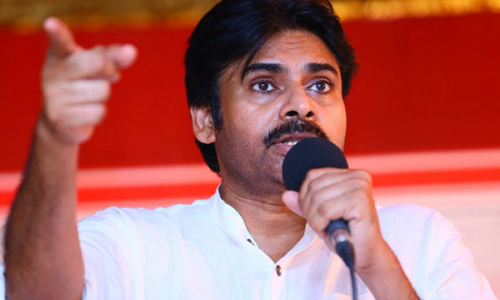 Jana Sena chief Pawan Kalyan was all fire and brimstone on senior TDP leader and Rajya Sabha member TG Venkatesh. He was upset at the comments made by TG Venkatesh.

He said he would not tolerate the trash spoken by TG Venkatesh and added that TG became a Rajya Sabha member only because he refused the offer from the TDP.

Speaking at a public meeting in Paderu of Visakhapatnam, he said that TG Venkatesh's industries were polluting the rivers and the environment. He also said that Chandrababu Naidu's policies and actions were responsible for the killing of MLA Kidari Sarveswara Rao and former MLA S Siveri Soma by the Maoists.