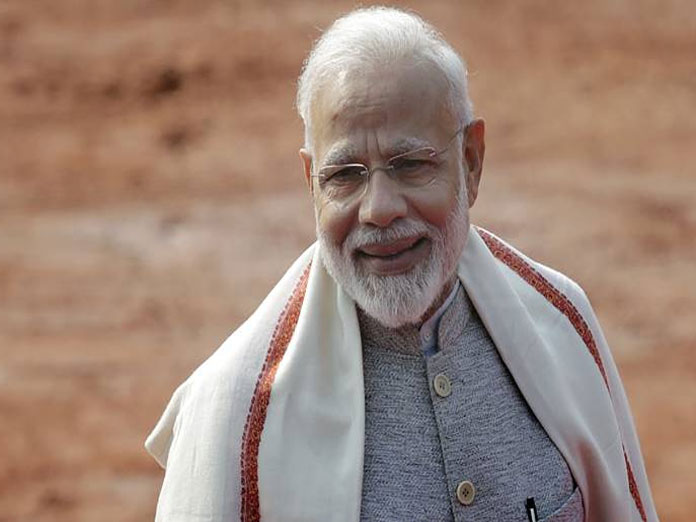 New Delhi:Prime Minister Narendra Modi on Sunday described Netaji Subhas Chandra Bose as a "heroic soldier" and "skilled organiser" and said that his government has fulfilled the long demand of making the files related to the freedom fighter public.

In his first "Mann Ki Baat" address of 2019, Modi said: "Subhash babu will always be remembered as a heroic soldier. He played an important role in the freedom struggle. With slogans like 'Dilli Chalo' and 'tum mujhe khoon do main tumhe aazadi doonga', he awakened every Indian.

"For many years it was being demanded that the files related to Netaji be made public and I am happy that we fulfilled this demand."

"In 1942, Subhas Babu started the Azad Hind Radio through which he communicated with the people and the jawans of the Azad Hind Fauj. "

Modi also highlighted the museum dedicated to Netaji inagurated on January 23 in the Red Fort.

"On January 23, the whole nation marked Netaji's birth anniversary and on the same day, I had the privilage of inaugurating a museum dedicated to the heroes who contributed towards India's freedom struggle.

"When I was seeing the memories associated with Netaji at the 'Kranti Mandir' at Red Fort, the members of the Netaji's family presented me with a very special cap, which was worn by him. I kept the cap in the museum so that it serves as an inspiration for people visiting the museum," he said.

In his speech, he also mentioned his visit to the Andaman and Nicobar Islands last month.

"I went to the Andaman and Nicobar Islands and at a programme, the national flag was hoisted at the same place where Netaji had unfurled it 75 years ago.

"Similarly, when the flag was hoisted on the Red Fort in October 2018, everyone was surprised, as it is the only tradition on August 15 to hoist a flag there. But it was an opportunity to mark 75 years of the formation of the Azad Hind government," he said.

Modi also paid tribute to the late Sidaganga Mutt Seer Shivakumar Swami, saying that he had dedicated his entire life to social service, working for the social, educational welfare of thousands of people.

"It was a priority for Swami that people get food, shelter, education and spiritual knowledge."