Mass campaign on conservation of water - Need of the hour: CWC Chairman 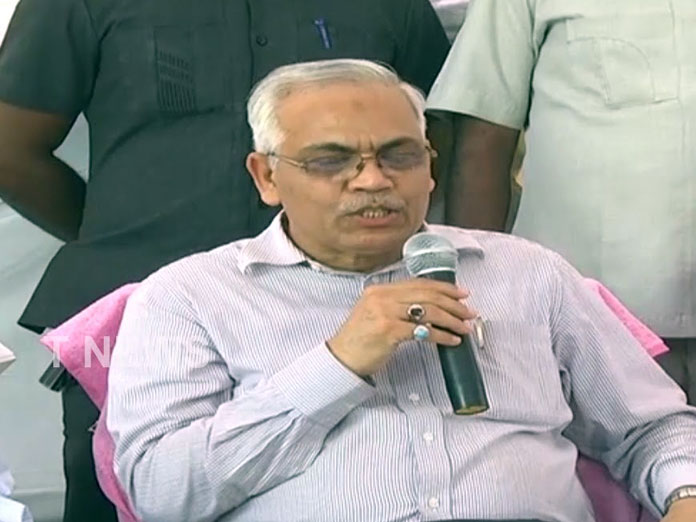 Inaugurating the 1st Hindi Technical Seminar on “Water Conservation – Our Responsibility”, here today, he said that, traditional practices of water conservation must be revived and people must be made aware of the need to conserve water. He said like in foreign countries the recycle and reuse of water must also be largely publicised and people’s awareness one these issues must be increased. Conservation of water has always been thought to be the Governments responsibility, but the role of people, is far more important, he said.

He said that, water is a natural resource which is very crucial for the very existence of mankind. While 18% of the world’s population lives in India, only 4% of water resources of the world are available in India. India is one the countries in the world which has a vast and developed network of rivers like Indus – Ganga – Brahmaputra, Narmada – Tapati – Mahanadi and Godavari – Krishna – Cauvery. India’s economic development is dependent on the way we manage our water resources. Hussain said that, states must also encourage agricultural practices, like drip irrigation, which use less water for cultivation.

Hussain pointed out that in our country the issue of sharing river water between states, has become a very contentious issues. Many projects are stalled or delayed due to disagreement over sharing of river water, making this an issue with social, economic and political ramifications.

Hussain further said that both, the quality and quantity of water, and the ways in which it is being used is important. He said depleting and polluted ground water, table is a major cause of concern. He said that construction of dams across rivers for preservation of water, does not necessarily, endanger the ecology of the area. He also said that people should be educated about the need to preserve river waters. Many states, he said are demanding separate boards, to preserve rivers like ‘Clean Ganga’ project.

D. Ranga Reddy, Chief Engineer of Krishna Godawari Basin Organisation (KGBO) CWC, said the city of Hyderabad gets its drinking water from Godavari and Krishna rivers. Water from Godavari comes from Yellampally project 300km away and it is lifted 500 mts, while water from river Krishna which is 200 km away, is lifted from 1000 mts. For every 1 kilo litre of water that is pumped 1 kilo watt electricity is needed. So people must keep in mind how precious the water that is being provided to them is, and use it sparsely. He said the practice of drip irrigation which uses less water must be extensively used.

In India, only 8% of cultivation is by drip irrigation while in China and US it is 14% and 60% respectively. Though 62 million hectares are under cultivation in India, productivity is 3 ton per acre compared to China’s 100 ton per acre and 8 tons in US. He said in Andhra Pradesh and Telangana states, where one crore acres are being bought under irrigation, the need for drip irrigation agricultural practices, assume significance. He said people’s role in conserving water is very crucial and they must be made aware of the need to conserve and preserve water for the development of our country.

Shri R.K. Jain, Chairman, Godavari River Management Board (GRMB) said that, India is diverse geographical area where there is 1200 mm rainfall in places like Chirapunji in Assam, yet there is scarcity of water. In places like Jaisalmer and Leh the annual rainfall is just 200 mm and 100 mm. Hence, water conservation is very crucial for the development of the region.

Shri D. Ranga Reddy said that, 85% of water available in the country is used for agricultural purposes, while only 15% is used for drinking. As such, people must realise that it is a precious commodity and use it in a responsible way.

Dr R.K. Gupta, Member Secretary, Polavaram Project Authority (PPA) said that, though water conservation is included in the school curriculum, it is not practiced in a proper way. He said traditional practices of water conservation is states like Rajasthan and Maharashtra have to be revived and made known to public.