Peoples’ Palaces of Delhi: The National Gallery of Modern Art 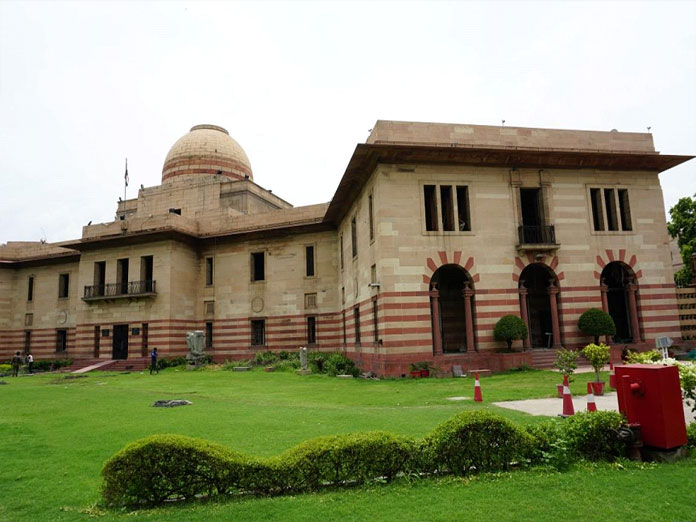 The capital city of Delhi is no stranger to palaces and old forts which are an integral part of the experience of its landscape. A drive around the C hexagon in India Gate one cannot ignore the monumental dome of the Jaipur House which emerges amidst the rich vegetation of the Lutyen’s Delhi. It is what everyone lovingly recognizes as the National Gallery of Modern Art.

The resurrection of Delhi as the capital of newly Independent India, demanded creation of several cultural identities such as a National Museum, National Art Gallery and a Theatre House. This idea led to the formation of the National Gallery of Modern Art in the Jaipur House in 1954. The thought of this premier Institution to develop into a repository of modern and contemporary art was executed in 1949 with the then Prime Minister Shri Jawahar Lal Nehru along with Shri Maulana Azad and Humayun Kabir. 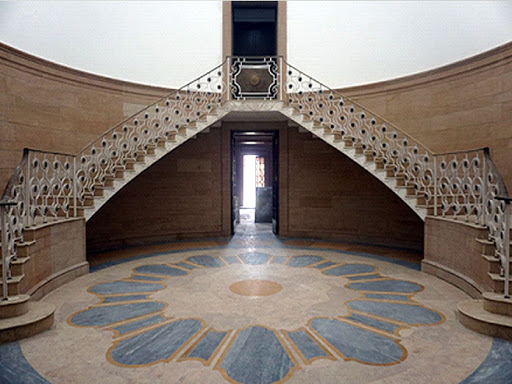 The museum was inaugurated by Dr S. Radhakrishanan, the then Vice – President on 29th March 1954. All the prominent sculptors of the time like Devi Prasad Roy Chowdhury, Ramkinkar Baij, Sankho Chaudhuri, Dhanraj Bhagat, Sarbari Roy Chowdhury and other eminent artists had participated in the inauguration of the building in 1954 and showcased an exhibition of contemporary Indian sculpture. The first prize entry in the exhibition, the iconic sculpture, “Triumph of Labour” by Devi Prasad Roy Choudhury, adorns the front garden of the National Gallery of Modern Art, showing four men trying to lift a huge boulder in the heat of the afternoon sun. 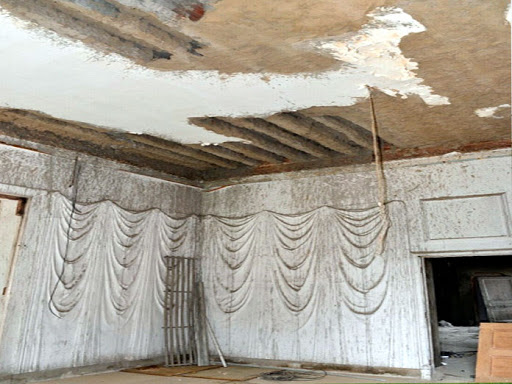 The show spoke of the painstaking preparations made by NGMA’s first curator Herman Goetz. A noted German art historian, Goetz had earlier been responsible for setting up the Baroda Museum. Since Goetz’s tenure, NGMA has had a string of distinguished Directors.

In December 2016, the NGMA welcomed its first Director- General, Adwaita Charan Garanayak, an eminent sculptor and the celebration of the foundation day of the museum with art lovers of the city amidst the historic exhibition titled, Itihaas. 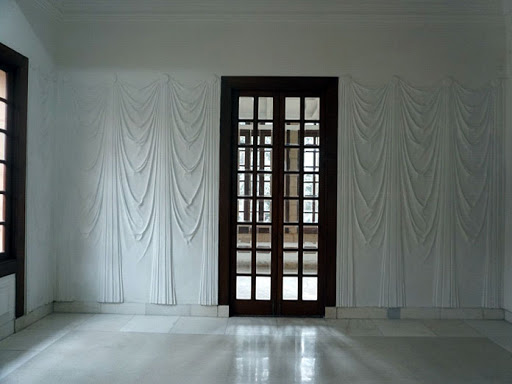 Serving as an opulent stage to display masterpieces of art for several years, the last few months the Jaipur House was shut down to the public for much needed restoration. In conversation with the current Director General, Adwaita Garanayak, he says with great enthusiasm, “We are attempting and leaving no stone unturned to restore the building to its former glory and simultaneously the team from NGMA is preparing an exhibition befitting the space on its inaugural day to the public.”

Efforts have been made to maintain the royalty of the house wherein it is intended that the building is embraced by nature in its surroundings. The openness of the Jaipur house in its original has been kept alive where the viewer will be able to savor the charm of the bygone era. The beauty of the woodwork speaks volumes about the fine craftsmanship of the era which has also been maintained during the restoration. The Queen’s Room with its ethereal appeal and curtains casted in Plaster has been restored with utmost precision. The fireplaces that were once closed and sealed with wooden partitions have been given a breather in restoring the iconic palace. From the ceilings to the dome till the flooring, each aspect of the iconic building has been restored with utmost finesse and craftsmanship which were once clogged with the artificial partitions and closures. The efforts to enliven the beauty and charm of the old era, the restoration of the Jaipur house mark another iconic chapter in its history. 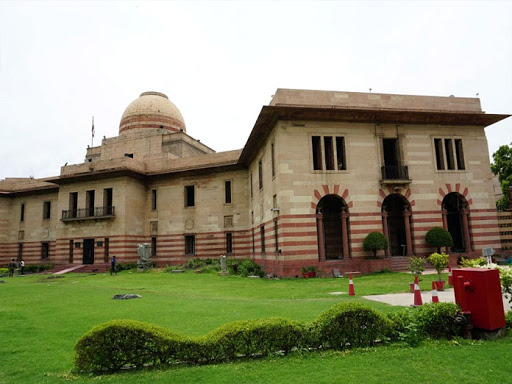 The inaugural exhibition will showcase the works of Shri Upendra Maharathi, a Buddhist and Gandhian artist. Hailing from Odisha, Maharathi was trained in Bengal school tradition of paintings at Calcutta School of Art. This exhibition is on the multilayered artistic pursuit of this Gandhian artist, who was a rank freedom fighter and later a recipient of the Padma Shri award in the year 1969. His unparalleled efforts for the revival of Indian art and architecture, handicrafts and folk art has made him immortal and an integral part of the cultural history of India. He was well and truly the Renaissance Man of Indian Art.

The spirituality and the dedication to raise oneself to an ultimate elevated world depicted in the works of Maharathi, was decided to be a befitting theme to this celebration of the new lease of life of the Jaipur House.