Job of the 'mahamilawatwalas' is to only abuse me: PM Modi in Tripura 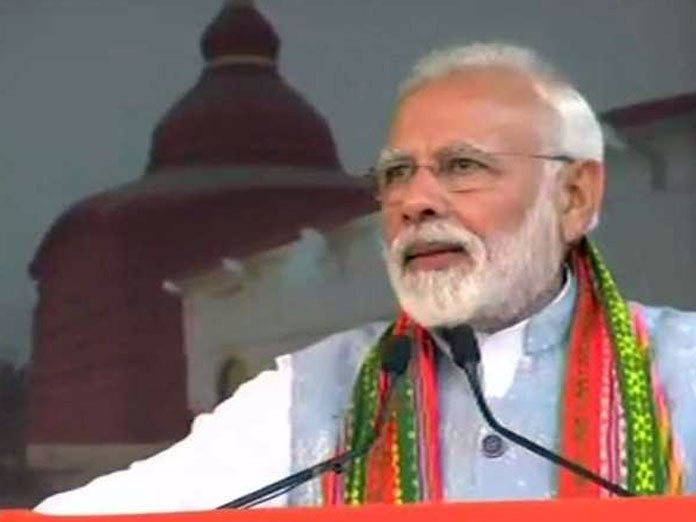 Prime Minister Narendra Modi Saturday hit out at the opposition, saying the main job of the mahamilawatwalas is to deride him and it seems they were all competing in an Olympics of hurling abuses at him

AGARTALA: Prime Minister Narendra Modi Saturday hit out at the opposition, saying the main job of the 'mahamilawatwalas' is to deride him and it seems they were all competing in an Olympics of hurling abuses at him.

Calling the opposition a 'mahamilawat' (great adulteration) again, he said its leaders are only involved in "holding each other's hands in meetings in Delhi and Kolkata for photographs".

"The job of the 'mahamilawatwalas' is only to heap abuses and more abuses on Modi. It is as if an Olympics is on to deride Modi," he told a rally here.

PM in Agartala:Our govt has taken a step forward to fulfil the long-pending demand of strengthening the Autonomous Council. With amendment in the law, we not only wish to make the council self-dependent but also we want to increase the number of officers in the council. #Tripura pic.twitter.com/Y3ySBZutjH

"The results of the coming Lok Sabha elections will show what it takes to lie to the people," Modi said.

Hitting out at the Left Front without naming it, he said it was not interested in doing anything for the unorganised sector or the farmers when it was in power in the state.

"Now for the first time in Tripura, under the BJP government, paddy is being procured at the minimum support price. Besides, the recommendation of the Seventh Pay Commission was implemented," he said.

"Tripura, the state that was deprived of development on the pretext of being a landlocked region, is now being made gateway of South East Asia," he added.