India to ICJ : Kulbhushan Jadhav's custody without consular access should be declared unlawful 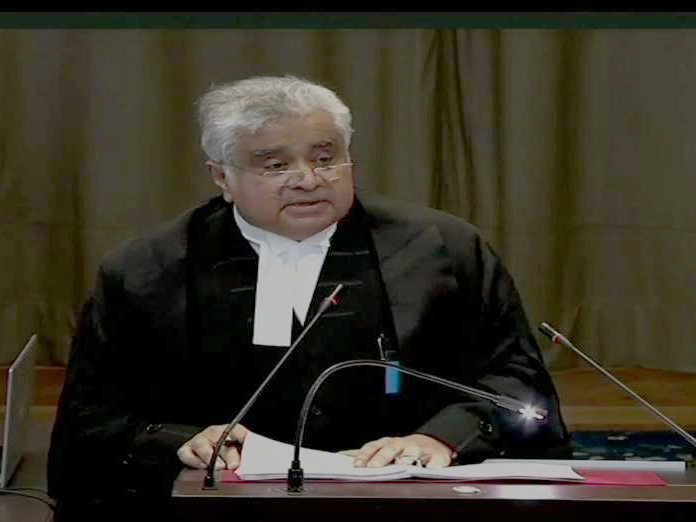 On Monday at the International Court of Justice in The Hague, India stated that Pakistans continued custody of Kulbhushan Jadhav without consular...

On Monday at the International Court of Justice in The Hague, India stated that Pakistan's continued custody of Kulbhushan Jadhav without consular access should be declared unlawful.

In April 2017, 48 year old Kulbhushan Jadhav, was sentenced to death by a Pakistani military court on charges of espionage and terrorism. India moved the ICJ in May, 2017 and the world court restrained Pakistan from executing Jadhav till the adjudication of the case. Pakistan claims its security forces arrested Kulbhushan Jadhav in the Balochistan province in 2016, which he allegedly entered via Iran.

India's stance is that Jadhav was kidnapped in Iran, where he pursued business activities after retiring from the Navy.

"The Pakistan story has always been strong on rhetoric and blurry on facts," senior lawyer Harish Salve told the court on Monday.