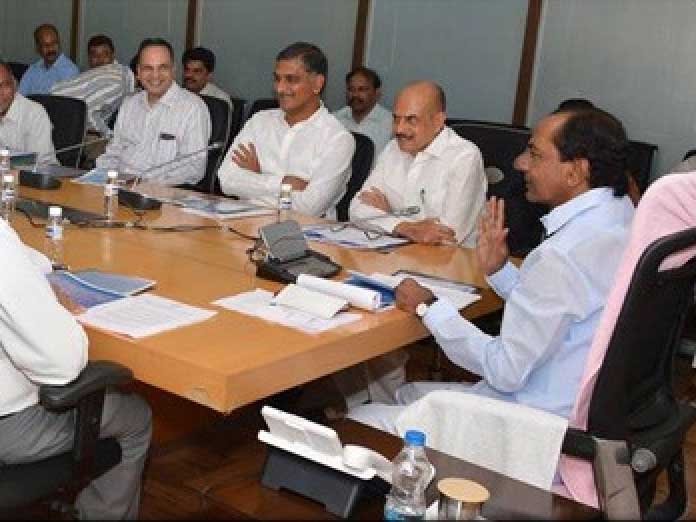 Ahead of the Budget session of the assembly from February22, the newly expanded Telangana cabinet is set to meethere Thursday

Hyderabad: Ahead of the Budget session of the assembly from February22, the newly expanded Telangana cabinet is set to meethere Thursday.

The total size of the cabinet is now 12.

KCR retained key portfolios such as Finance, Revenue, Information Technology and Industries while allotting others to the newly appointed Cabinet ministers.

The Cabinet will meet under the chairmanship of Chief Minister K Chandrashekhar Rao on Thursday at 4.30 PM at Pragathi Bhavan to consider and approve the budget and to take up other issues, an official release said Tuesday night.

An official release had earlier said the state government is set to present the vote-on-account budget on February 22.

Before presenting the budget to the legislature, it has to be passed by the State cabinet.