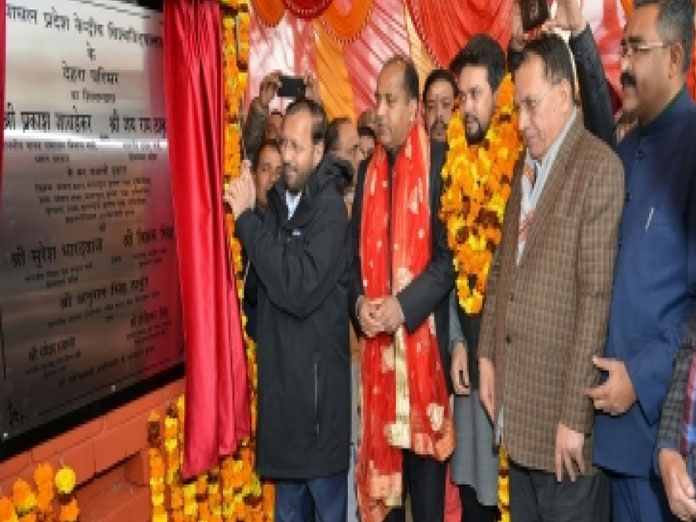 Javadekar said the university would open new vistas of development in the area, besides providing quality higher education.

He said the Central government would provide all possible help to ensure that the university campus is completed soon.

The Union Minister said the Centre has sanctioned several national institutions in the state - IIIT sanctioned for Una, IIT for Mandi, Cluster University sanctioned for Mandi district. In addition to these, several Central schools have also been sanctioned.

He said the Union government was committed to provide digital boards in a phased manner in about nine lakh schools across the country.

Speaking on the occasion, the Chief Minister said the Central University of Himachal Pradesh would have two campuses -- Dehra and Dharamsala, both in Kangra district.

He said the first campus, to be spread over 750 hectares, would be at Jadrangal near Dharamsala. The second campus would be established at Dehra in an area of 287 hectares.

Thakur said about Rs 1,300 crore would be spent on the construction of both these campuses that would be completed in three years.

He said the state was committed to provide quality education. For this, Rs 7,044 crore was being spent on the education sector during the current financial year and a provision of Rs 7,600 crore has been made for the next fiscal.