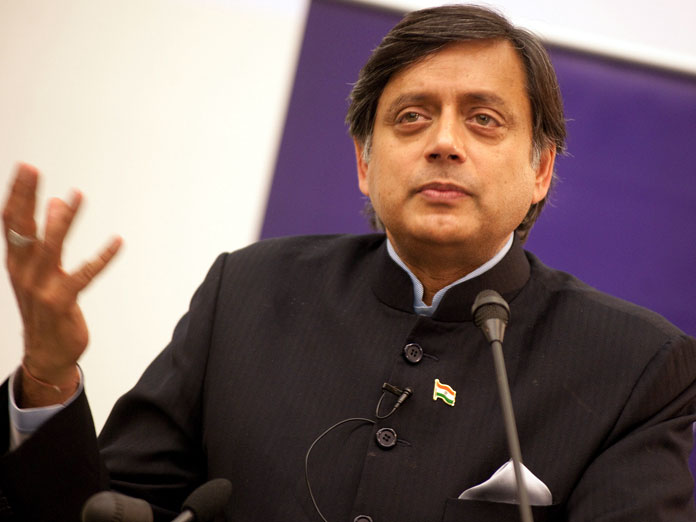 A Delhi court Monday allowed Congress leader Shashi Tharoor, accused in a case related to death of his wife Sunanda Pushkar, to travel to Saudi Arabia from February 28 to March 4 for attending a seminar

NEW DELHI: A Delhi court Monday allowed Congress leader Shashi Tharoor, accused in a case related to death of his wife Sunanda Pushkar, to travel to Saudi Arabia from February 28 to March 4 for attending a seminar.

Special CBI Judge Arun Bhardwaj permitted Tharoor noting that he was given permission to travel abroad earlier and had abided by the terms and conditions of the court.

It also noted that another court had already given him permission to travel to UAE, Qatar and Bahrain.

"Considering the fact that earlier the applicant/ accused was given permission to travel abroad and he has abided by the terms and conditions of the court, now the applicant/accused is further permitted to visit Saudi Arabia from February 28 to March 4 in addition to permission already granted to him to travel to UAE, Qatar and Bahrain," the court said.

Tharoor had sought the court nod to travel abroad saying that he has been invited by Kerala Muslim Cultural Centre, Saudi National Committee for a UDF National Seminar to be conducted from March 1-3, and to attend conference on the invitation from Zahrani Group, Saudi Arabia on 'Indo-Arab trade in ancient India'.

He told the court that he has always abided by the terms and conditions and has never violated them in any manner.

Delhi Police opposed his plea saying that invites are to be cross-checked for their veracity by communicating with the organisers.

It said the trial in Pushkar's death case is in the initial stage and Tharoor has property and other interests abroad and may settle there to evade the trial.

"Granting travel permission for abroad at this early stage of proceedings may hamper course of trial and consequently delay delivery of justice in this matter," it said.

The court had earlier adjourned to March 7 the hearing in the case against Tharoor.

The court had on February 4 sent the case to Sessions Court for further proceedings since the offence under Section 306 (abetment of suicide) of the Indian Penal Code (IPC) was triable by a sessions judge.

Tharoor, former Union minister and Pushkar's husband, has been charged under sections 498-A (husband or his relative subjecting a woman to cruelty) and 306 of the IPC, but has not been arrested in the case.

Pushkar was found dead in a suite of a luxury hotel in the city on the night of January 17, 2014.

The couple were staying in the hotel as the official bungalow of Tharoor was being renovated at that time.