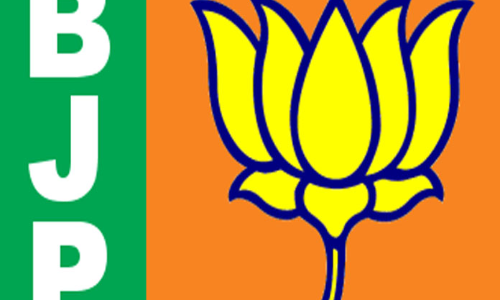 Instead of concentrating on the matters of national security, Modi is trying to serve political interest by addressing his BJP workers, says Mayawati...

Instead of concentrating on the matters of national security, Modi is trying to serve political interest by addressing his BJP workers, says Mayawati. BSP chief Mayawati on Thursday hit out at Prime Minister Narendra Modi for his proposed address to Bharatiya Janata Party workers through a mega video-conference, terming it “ridiculous and betrayal of national sentiments” amid escalating tension between India and Pakistan.

Under the BJP’s ‘Mera Booth Sabse Mazboot’ programme, PM Modi is slated to have direct dialogue with about a crore BJP workers, volunteers and others through the “world’s largest video conference” at noon on Thursday.“At a time when India is facing hostility of war and country needs firm leadership, PM Narendra Modi instead of concentrating on the matters of national security trying to serve political interest by addressing his BJP workers is ridiculous besides betrayal of national sentiments (sic), Mayawati wrote on Twitter.

“Indian forces foiled Pakistani attack yesterday it is a matter of big relief but an IAF pilot is under Pak custody is a matter of great concern. India should try to do its best at all levels to ensure safe return of the pilot only then the country will feel relief (sic),” she added.

An IAF pilot, Wing Commander Abhinandan Varthaman, was captured by Pakistan after an air combat Wednesday during which the two sides said they shot down each other’s warplanes that followed and unsuccessful attempt to target Indian military installations in retaliatory strikes that sparked fears of war. Twenty-one opposition parties on Wednesday expressed “deep anguish” over what they alleged was “blatant politicisation” of the sacrifices of armed forces and urged the government to take the nation into confidence on all measures to protect India’s sovereignty, unity and integrity.