Tens of thousands of voters on Friday defied the Maoists and stood in long-winding queues in the second phase of Bihar\'s staggered assembly elections. As many as 23 of the 32 constituencies where ballotting is taking place is Maoist-affected.

Patna: Tens of thousands of voters on Friday defied the Maoists and stood in long-winding queues in the second phase of Bihar's staggered assembly elections. As many as 23 of the 32 constituencies where ballotting is taking place is Maoist-affected. 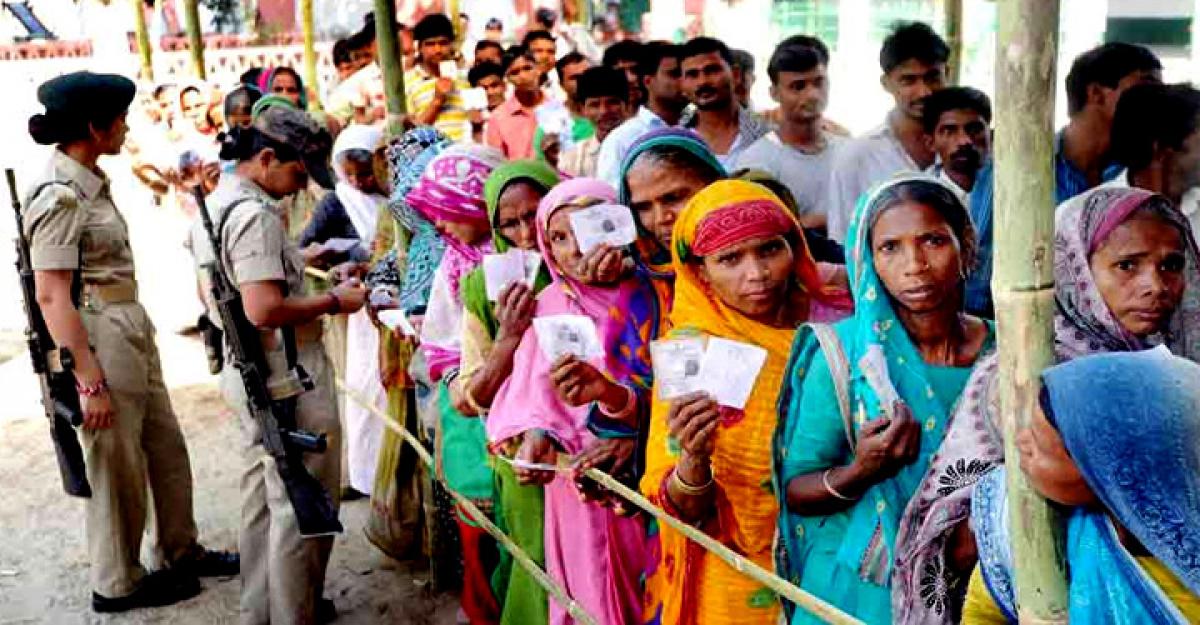 Around 20 percent polling was recorded on Friday during the initial hours. No violence has been reported so far, officials said.

Voters queued up at many polling stations hours before the start of the polling and women were also seen standing in large numbers to cast their ballot.

Polling began at 7 a.m. in 32 of the 243 constituencies, including Maoist-affected areas, spread across six districts, officials said. As many as 8.58 million voters are eligible to cast their ballot.

Polling in Maoist-hit areas will end at 3 p.m.

The outlawed Communist Party of India-Maoist earlier this month vowed to intensify attacks to disrupt the election process.

Most of the 8,849 polling booths are in rural areas. As many as 456 candidates are in the fray.

Reports reaching here said voters at most of the polling booths said that they would vote for the development of Bihar.

"Polling will pick up like the first phase polls on last Monday," the official added.

The districts where polling is under way are: Gaya, the birthplace of Buddhism, Aurangabad, Jehanabad, Arwal, Kaimur and Rohtas, which saw some horrific caste massacres in the 1980s and 1990s.

Some of these areas are also known as Maoist hubs, and officials admit security is a major concern.

In the last two days, more than half a dozen bombs were seized in Gaya and Rohtas districts, planted allegedly by the Maoists to disrupt the elections, a police officer said.

Stray incidents of clashes were reported between rival groups. At some places, the electronic voting machines malfunctioned. Apart from that, it was a smooth exercise in a state notorious for election violence.

Officials said that voters in over a dozen villages in Aurangabad, Kaimur, Jehanabad and Arwal boycotted polls and shouted slogans against the lack of development.

According to Association for Democratic Reforms and the National Election Watch, 142 candidates in the second round face serious criminal charges including those of murder.

The staggered elections to pick a new assembly will end on November 5 and the results will be out on November 8.

In the first phase on Monday, polling was held in 49 constituencies. The third round will be held on October 28.