Sakshi Maharaj: Leaders must change mindset or get beaten up 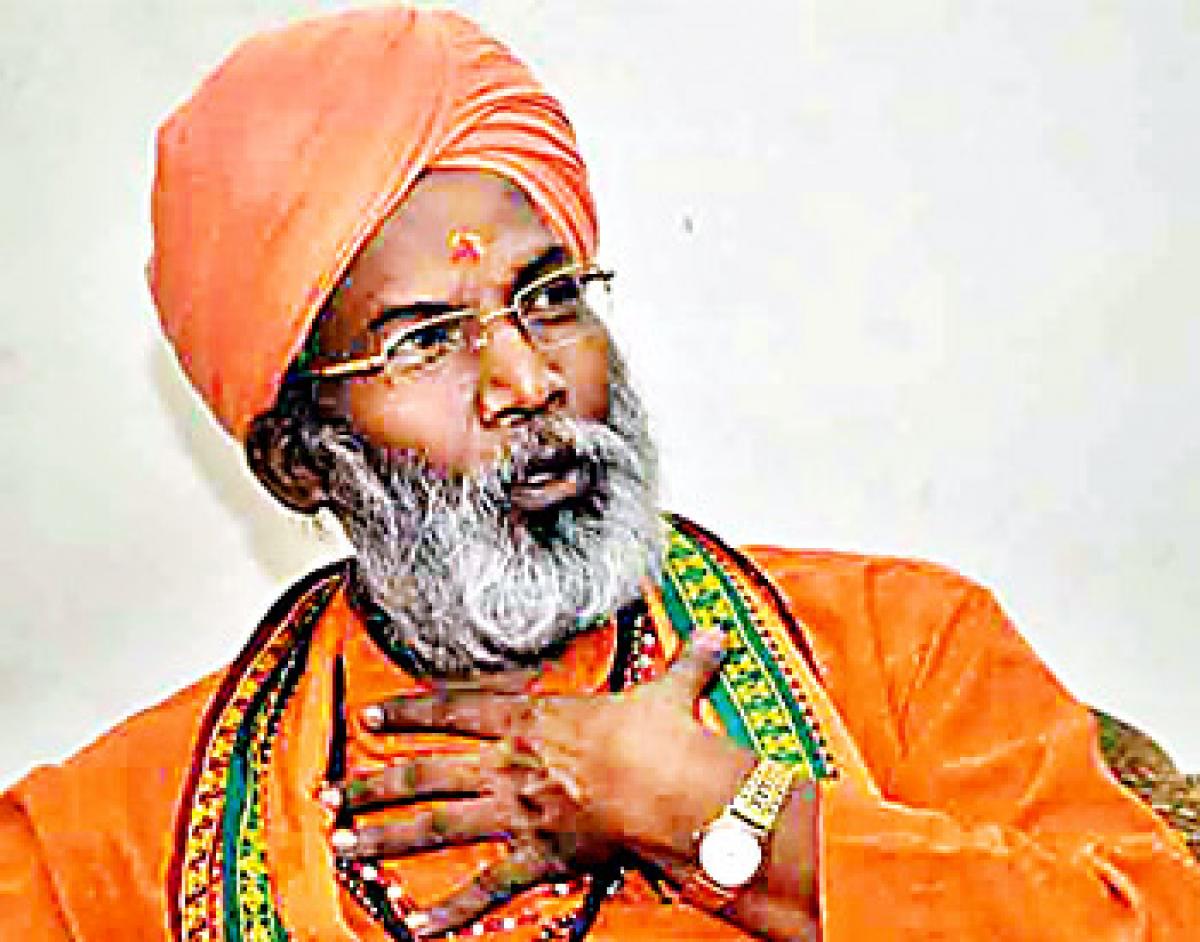 Controversial BJP MP Sakshi Maharaj on Saturday came out in support of the action of his party colleagues in Jammu and Kashmir assembly to beat up independent MLA Sheikh Abdul Rashid as a \"natural reaction\" to Rashid\'s action. Bhubaneswar: Controversial BJP MP Sakshi Maharaj on Saturday came out in support of the action of his party colleagues in Jammu and Kashmir assembly to beat up independent MLA Sheikh Abdul Rashid as a "natural reaction" to Rashid's action. "Leaders need to change their mindset or get beaten up by the people in full public view," he said at a meeting organised by International Hindu Mahasangha here. Stating that political leaders or anybody should not hurt the religious sentiments of masses, the BJP MP from Unnao constituency in Uttar Pradesh said, "J&K independent MLA's assault was just a reaction.

His action... hurt the masses and he was beaten up." Recently, BJP MLAs had assaulted Rashid in the Jammu and Kashmir Assembly, a day after he allegedly hosted a beef party in Srinagar. Strongly advocating for protection of cows, the BJP MP said a strict legislation should be there to hang the people responsible for cow slaughter. He also backed Hary­ana Chief Minister Manoharlal Khattar over his controversial "Muslims should quit beef eating" statement and said there was nothing wrong in making such remark. On the Ram temple issue, he said the temple would be built during Narendra Modi-led NDA government at the Centre. "It may not be today or tomorrow, Sri Ram Mandir will certainly be built during Modi government.

We have completed just one year in office, four more years are to go," Sakshi said, adding the temple was there in the past and will exist forever. The controversial BJP MP also lauded activities of the RSS and claimed that its only agenda was building a prosperous India. He cautioned the Naveen Patnaik-led Odisha government over "rising cases of religious conversion" in the state. "We do not want to intervene in the matter. But, if Odisha government does not stop it, we have to intervene," he said demanding Hindu temples and mutts must be protected in the State.