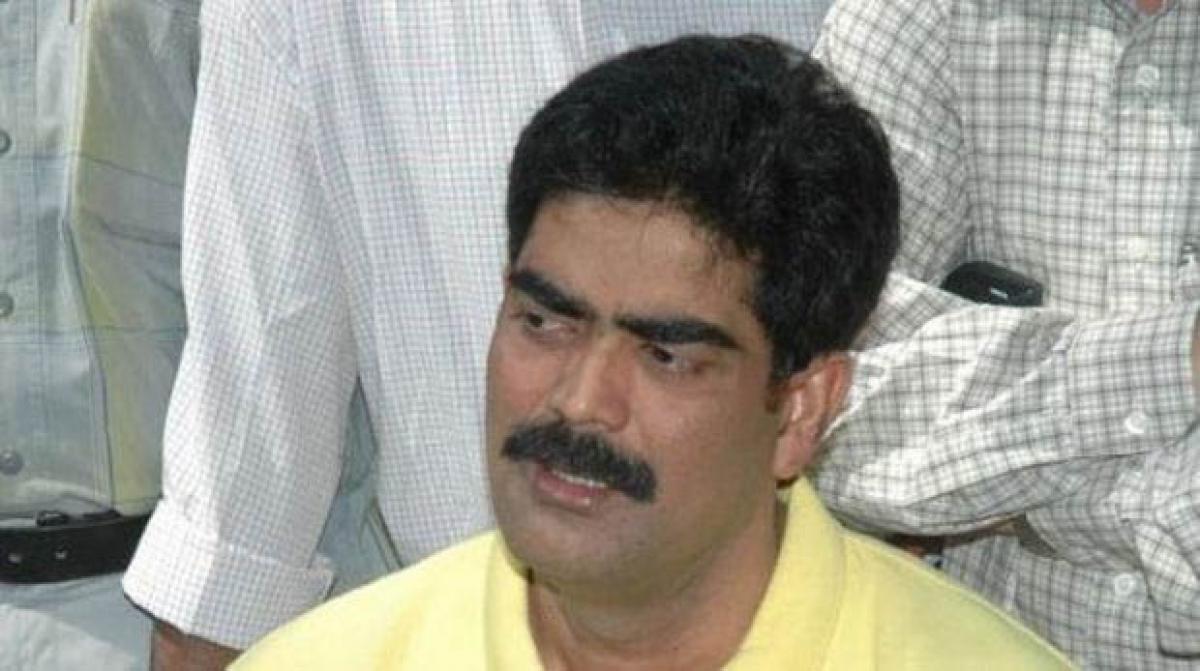 Former RJD MP Mohammad Shahabuddin was on Friday sentenced to life imprisonment along with three others by a district court in connection with the brutal murder of two brothers by pouring acid on them 11 years ago in Siwan district of Bihar.

Former RJD MP Mohammad Shahabuddin was on Friday sentenced to life imprisonment along with three others by a district court in connection with the brutal murder of two brothers by pouring acid on them 11 years ago in Siwan district of Bihar.

Additional District Judge Ajay Kumar Srivastava awarded the life sentence to Shahabuddin and his three accomplices, Rajkumar Sah, Sheikh Aslam and Arif Hussain in connection with the 2004 case.
The same court had on Wednesday found the four guilty of charges under sections 302 (murder), 364A (kidnapping for ransom, etc), 201 (causing disappearance of evidence of offence, or giving false information to screen offender) and 120B (criminal conspiracy) of the IPC.
The quantum of punishment was pronounced on Friday in the presence of Shahbuddin and others. The court also imposed a fine of Rs 20,000 on Mohammad Shahbuddin in the case.
According to the prosecution, three sons of one Chandrashekhar Prasad were abducted from their house at Goshala road by Rajkumar Sah, Sheikh Aslam and Arif Hussain on August 16, 2004 and taken to Pratappur village where acid was poured on Girish and Satish resulting in their death. One of the sons, Rajeev Raushan, managed to escape. The bodies of the two brothers could not be recovered.
The victims' mother Kalawati Devi had lodged an FIR charging Shahabuddin's three henchmen with the murder of her sons. The former RJD MP's name had cropped up during probe and he too was made an accused for hatching conspiracy for kidnapping of the three siblings.
The lone surviving brother appeared before the judge as an eyewitness in the case, but was subsequently murdered by unidentified assailants on June 16 last year. Shahabuddin is lodged in the Siwan central jail for the past several years in connection with several cases against him. He represented Siwan for four times from 1996 to 2009 as member of Lalu Prasad's party RJD. After his conviction he could not contest Parliamentary elections in 2009 as well the one held in 2014.
His wife Heena Sahab lost the elections on RJD ticket in 2009 as well as in 2014 to Om Prakash Yadav who is now in BJP. Shabuddin's electoral career had started in 1989 when he was elected as MLA from Jiradei seat.
Show Full Article
Email ArticlePrint Article
More On