100 terrorists killed in Jammu and Kashmir in 2015, says Army 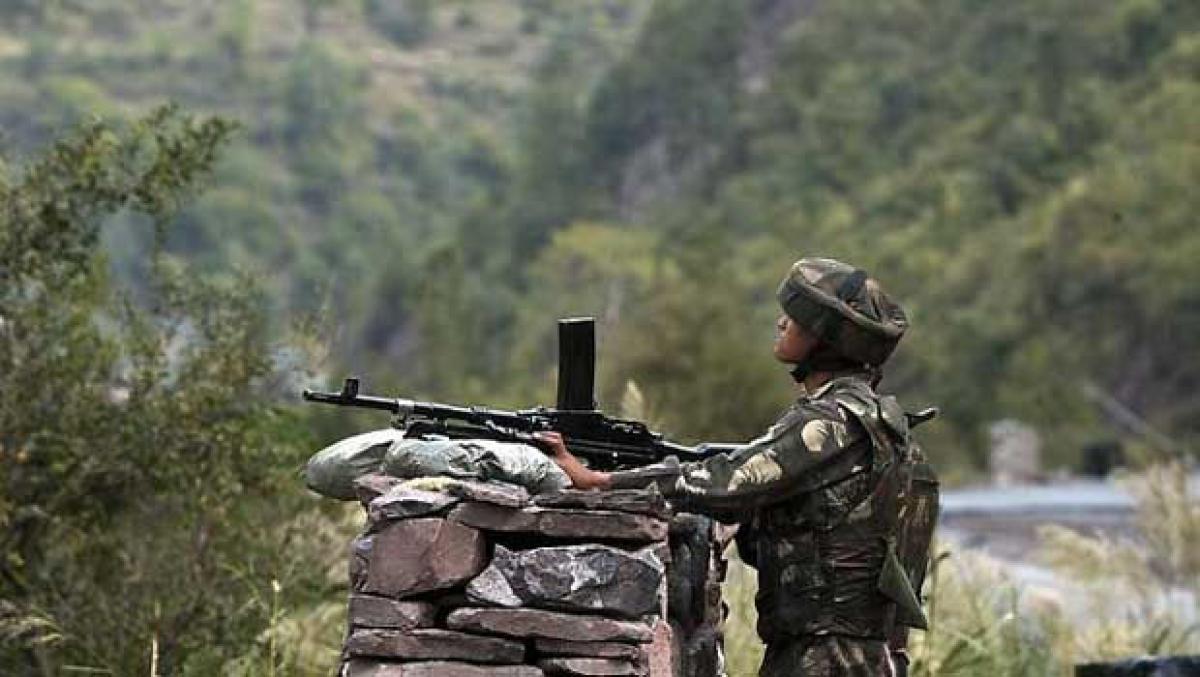 Top LeT terrorist Abu Qasim, who was involved in attack on Army Convoy in Srinagar two years ago, was among 100 terrorists killed in encounter with security forces in Jammu and Kashmir in 2015, the Army said in Jammu on Tuesday.

Top LeT terrorist Abu Qasim, who was involved in attack on Army Convoy in Srinagar two years ago, was among 100 terrorists killed in encounter with security forces in Jammu and Kashmir in 2015, the Army said in Jammu on Tuesday.

"During the 2015 year in various successful operations, over 100 terrorists have been neutralised including some top terrorist commanders like Abu Qasim, LeT, who was responsible for Hyderpora attack on Army convoy in 2013," PRO Defence Northern Command, Col SD Goswami said.
"Counter terrorist grid continued to maintain dominance and deny any space to terrorists. Synergised hard-intelligence based joint ops with the J&K Police and CAPF have been the hallmark of these operations," he said.
Apart from neutralising terrorists, this year over 350 weapons and 40 IEDs and explosive hauls have been recovered, plus other "warlike and logistics stores".
"This clearly highlights the nefarious designs and intransigence of Pakistan to continue abetting terrorism in Jammu and Kashmir," he said.
PRO said, "Though there has been an overall improvement in security situation in the State however, this cannot be construed as return of normalcy, as Pakistan continues to abet terrorism to keep the situation volatile".
"The nexus intent and the terrorist infrastructure remain intact," he added.
In a year that witnessed desperate attempts by the nexus of terrorists and separatists to reassert themselves, Army was eminently successful in restricting the terrorist initiated incidents, in spite of regular attempts to destabilise the prevailing peace by attempting terrorist initiated incidences on soft targets & orchestrating agitations, Col Goswami said.
"The internal security situation in Jammu and Kashmir is stable. The counter terrorism operations are effective and the potential of terrorists has significantly reduced. There is high level of synergy amongst all security forces and government agencies," he said.
Consequently, terrorism incidents show a declining trend and developmental activities of the Government are picking up momentum, he added.
"However, continuing local recruitment remains a cause of concern," Col Goswami said.
On the issue of border with China, he said "The LAC along China is peaceful and stable, border related issues are resolved through the existing mechanism of BPMs".
He said "enhanced vigilance levels and increase security measures have restricted terrorist initiated incidences this year".
Though there is a constant endeavour by the nexus to continue supporting terrorism in the state with the "aim to internationalise" the Kashmir issue as also "discredit" the government and the security forces, he added.
He said that the emergent external developments and the likely internal dynamics will continue to pose greater challenges.
"Notwithstanding the same, we are fully prepared to take on the emerging challenges and threats. The focus of Northern Army will be to consolidate the gains made and remain ahead of the nexus designs," he added.
Show Full Article
Email ArticlePrint Article
More On