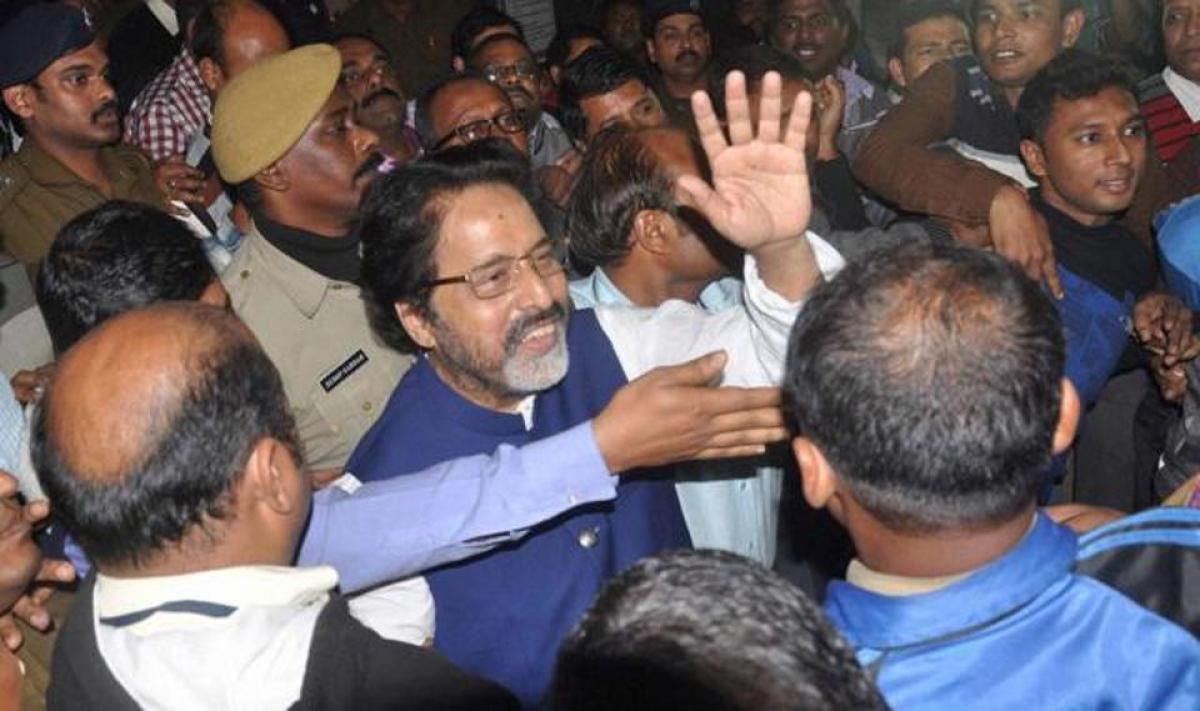 With the CBI bringing arrested TMC MP Sudip Bandyopadhya to Bhubaneswar, a group of party activists on Wednesday staged a demonstration outside the agency\'s state headquarters here to protest against the action.

With the CBI bringing arrested TMC MP Sudip Bandyopadhya to Bhubaneswar, a group of party activists on Wednesday staged a demonstration outside the agency's state headquarters here to protest against the action.

The TMC's Parliamentary Party leader was arrested by CBI in Kolkata yesterday for his alleged involvement in the Rose Valley Group's ponzi scam and brought here late last night.

Earlier, CBI had arrested another TMC MP Tapas Pal on the same charge and kept him in remand for three days. A four-time Lok Sabha member and a minister of state in the Manmohan Singh government, Bandyopadhyay was arrested after he allegedly failed to give satisfactory answers to many questions and was found to be uncooperative.

"The CBI has arrested Sudip Bandyopadhyay and Tapas Pal on political consideration. We'll certainly ppose the action. The state unit of the TMC is planning a massive protest rally in Bhubaneswar on January 10," Gyanendra told PTI.

Some prominent TMC leaders are being invited to the proposed protest rally. A two-member delegation of the TMC also met the senior officials of CBI here and lodged protest against the arrest of Bandyopadhyay and Pal.

Sources in CBI here said Bandyopadhyay would be first sent to the Capital Hospital for medical examination before being produced in the CBI designated court. The investigating agency would seek remand of Bandyopadhyay as the TMC leader was not allegedly cooperating with the investigation, they said.

He also challenged the CBI to prove Bandyopadhyay’s involvement in the scam. Sources also said CBI was planning to interrogate both Bandyopadhyay and Pal together as both have been arrested on the charge of their involvement with the Rs 17000 crore scam.

The Rose Valley Group has been accused of duping about Rs 17,000 investors in different states. While Pal was one of the directors of the Group, Bondyopadhyay is accused of being a promoter of the Ponzi firm.