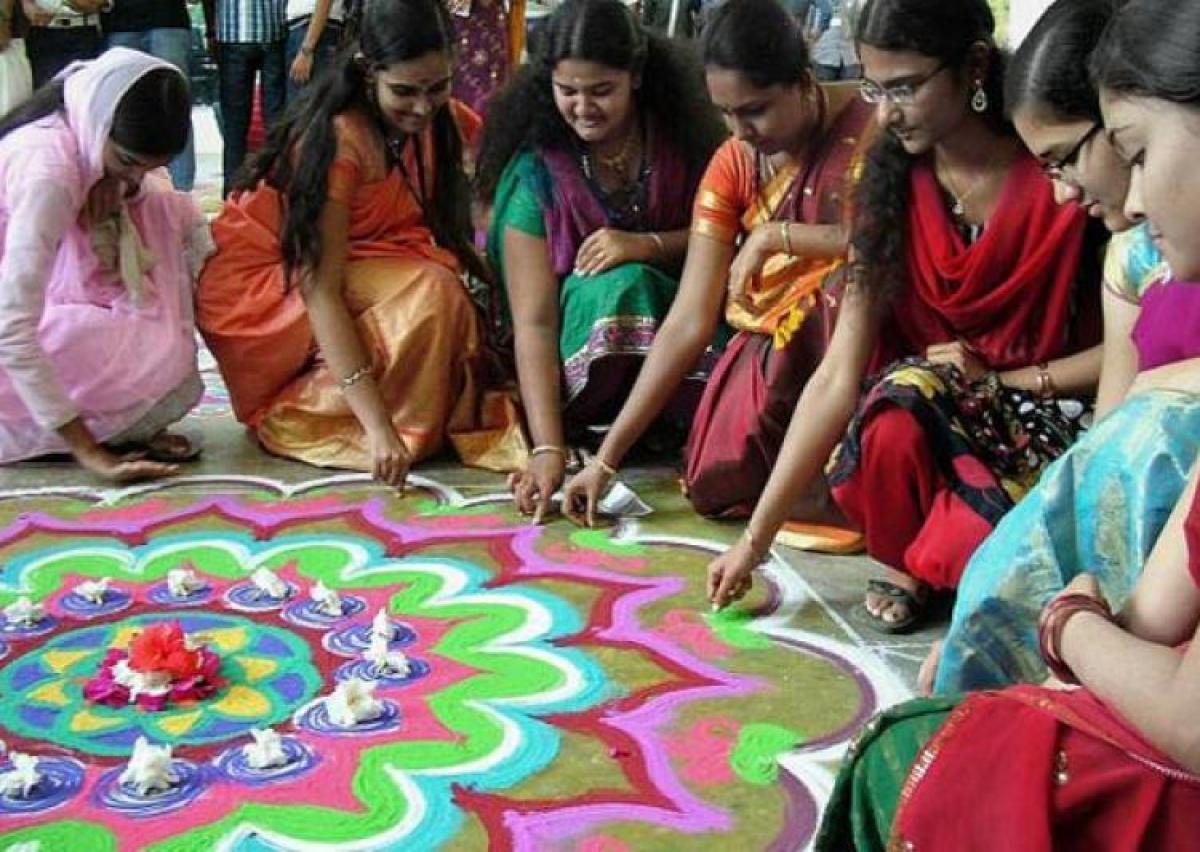 Tamil Nadu on Saturday celebrated Pongal with traditional fervour with people getting up early, donning new clothes and visiting temples.

The festival of Pongal is celebrated to thank the Sun, rain and farm animals.

In the homes, the aroma of ghee-fried cashews, almonds and cardamom wafted through as the traditional dish of rice, jaggery and moong daal was made.

As per tradition the dish is cooked under the open skies. In cities some do that even today. In majority of the homes the dish is cooked in the kitchen and the Sun god is offered the Pongal as thanks giving and eaten as 'prasad'.

In villages the sweet pongal is still cooked on the open ground.

The mud pot or stainless steel in which the dish is cooked is decorated by tying up ginger, turmeric, sugarcane piece and banana around the neck.

It is made at an auspicious time and in some homes conches are blown prior to the formal offering.

People exchanged greetings and Chakarai Pongal with their neighbours.

The Pongal festivities take place for over four days, the first day being Bhogi, which was on Friday. On this day people burn their old clothes, mats and other items. New paints are applied on the houses.

The second day is the main Pongal festival celebrated on the first day of the Tamil month Thai, that is on Saturday.

The third day is the Mattu Pongal when bulls and cows are bathed and their horns painted and worshipped as they play an important role in farms.

Women feed the birds with coloured rice and pray for the welfare of their brothers.

The fourth day is the Kannum Pongal -- the day to go out and meet relatives and friends, and go sight seeing.