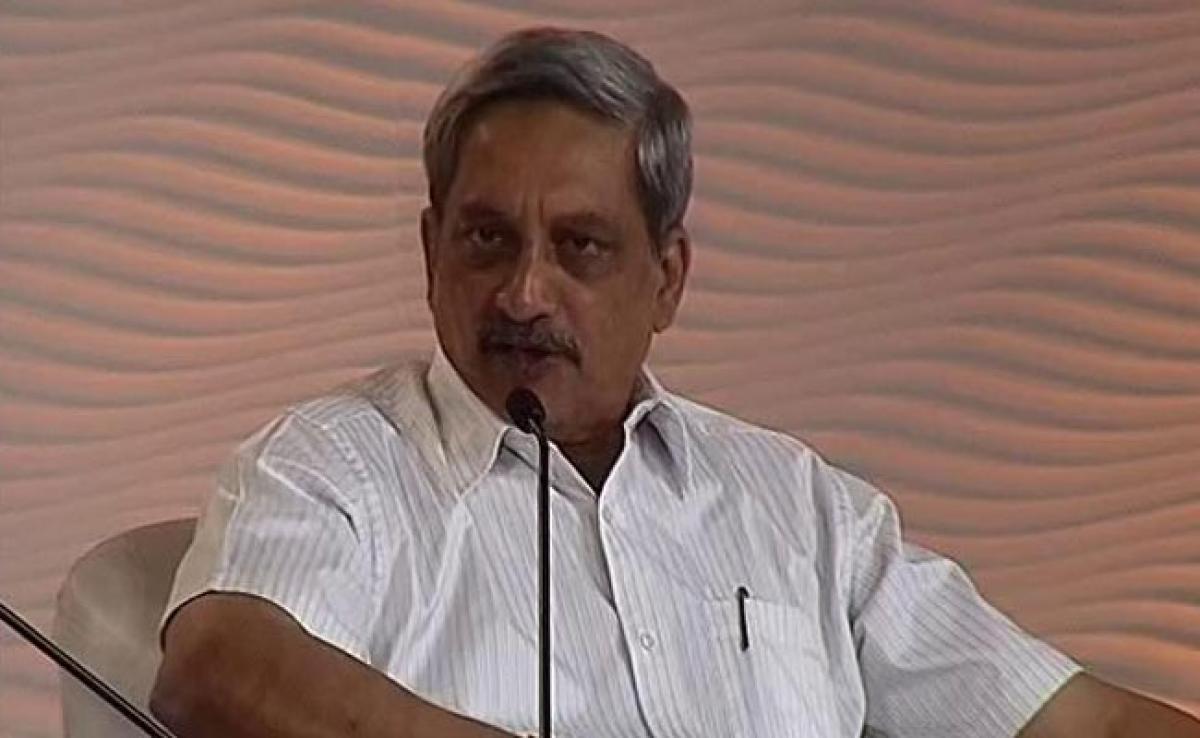 Amid a raging controversy over free speech, Defence Minister Manohar Parrikar today said he supports freedom of expression, but within the legal framework.

Amid a raging controversy over free speech, Defence Minister Manohar Parrikar today said he supports freedom of expression, but within the legal framework.

"I believe in freedom of expression but it has to be within reasonable legal framework," he said. On the sidelines of a DRDO event, Parrikar was asked to comment on the controversy surrounding Delhi University student Gurmehar Kaur who had launched a campaign against RSS-backed ABVP.

The defence minister, however, clarified that his comments were not related to any particular incident.

The 20-year-old Kaur, a Delhi University student, became the centre of a controversy after she launched a social media campaign against the ABVP which has been under attack after some of its members were allegedly involved in violence at Ramjas College on February 22.

She allegedly received rape threats following the campaign and drew criticism from a Union minister and a BJP MP.

On the issue of the alleged leak of question papers of an army recruitment examination, Mr Parrikar said the defence ministry has recommended a CBI inquiry as the case has inter-state ramifications.

On Monday, the army had ordered a high-level court of inquiry (CoI) into the alleged question paper leak.

Referring to the Kabul blasts and possible use of chemical weapons, he said that the army should be well-prepared to tackle any challenge.

"As per the reports which are coming from the southern and northern parts of Afghanistan, I have seen photographs of the local population having suffered from blisters.... (due to possible use of some chemical weapons). At this moment, I don't have a confirmation on this matter but the photos are quite distressing," he said.

The minister said India will have to be prepared for any kind of nuclear or chemical attack, adding the armed forces must remain alert and prepared for any challenge. More than a dozen people were killed in two terror attacks in Kabul yesterday.

The near-simultaneous attacks struck the Afghan capital around noon on Wednesday. First, a suicide car bomber targeted a police station in western Kabul. The explosion was followed by a gun battle between the police and several attackers.

In the second attack, a bomber detonated explosives outside offices of the intelligence service in eastern Kabul.