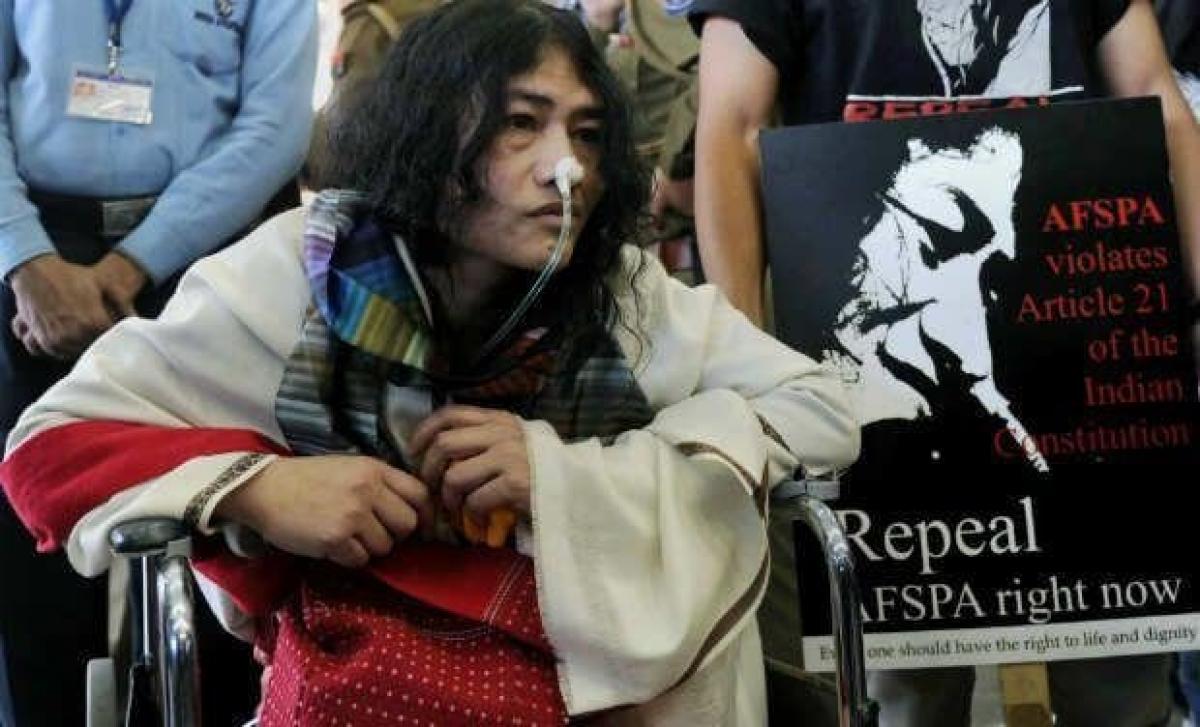 Human rights activist Irom Sharmila, who had a disastrous debut in the Manipur Assembly polls, today said people of her home state are \"hypnotised\" by money and muscle power of electoral politics.

Human rights activist Irom Sharmila, who had a disastrous debut in the Manipur Assembly polls, today said people of her home state are "hypnotised" by money and muscle power of electoral politics.

Sharmila, who is in Kerala for a month-long sojourn, said she would no more be in electoral politics but would continue her fight for the repeal of the Armed Forces (Special Powers) Act (AFSPA) by gaining support from people across the country.

At a meet-the-press programme organised by Kerala Union of Working Journalists, she welcomed the lifting of economic blockade in Manipur imposed by the United Naga Council.

"Our experience following blockade is that political parties benefit (out of it)...on the other side, people were suffering...Now it has been lifted," she said.

Asked whether she was welcoming the lifting of the economic blockade, in force for the past 150 days, she said "why not?"

On a question that if the new government in Manipur was committed to the cause or just playing politics on the issue, she said "it is positive."

Sharmila also wanted her newly-floated People's Resurgence and Justice Alliance (PRAJA) party to flourish and progress in the home state. "Our people in Manipur are already hypnotised by the system of money and muscle power based electoral politics....," she said.

On whether she was disappointed with her defeat and garnering only 90 votes in the recently concluded assembly elections, she said, "Politics is parts and parcel of our life...but though I know nothing about it, I dedicated my ability, sincerity and sense of responsibility towards the betterment of society".

"People let me down and I am really shattered...If you (people) do not want me involved in politics...and do not want to use your right to choose correctly, then let it be..," said Sharmila, who was on a fast for the past 16 years against AFPSA before contesting the elections.

Talking about the new BJP government in Manipur, she said, "I have no more opinion on BJP and Congress...two powerful...most corrupt parties."

On her meeting with Chief Minister Pinarayi Vijayan and ruling CPI(M) state secretary Kodiyeri Balakrishnan here today, Sharmila said she was overwhelmed by the support offered by them for her cause.

"They assured helping me to fight against the draconian law (AFPSA)," she said.

Sharing her experiences in Kerala, a smiling Sharmila said she saw the sea for the first time after she came to the state.

She arrived in the state last week and is planning to spend nearly a month in Attappadi, a tribal settlement in Palakkad district.