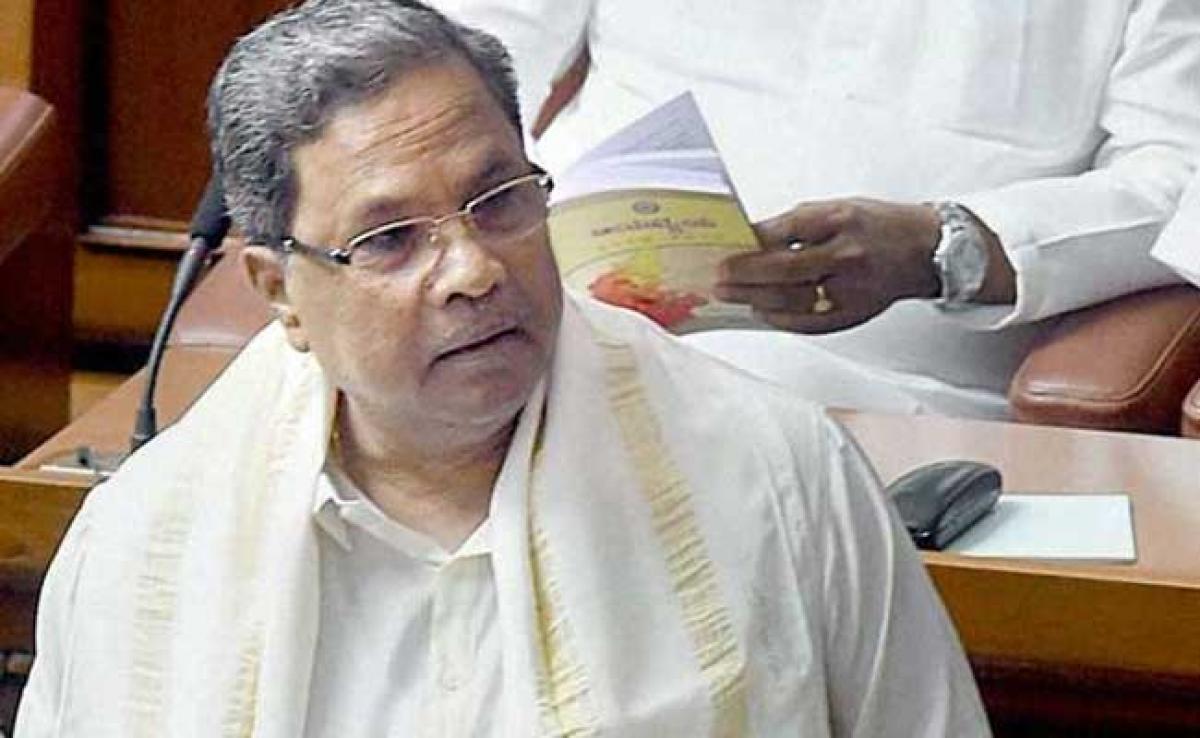 Karnataka Chief Minister Siddaramaiah today hit back at BJP chief Amit Shah for attacking his government for celebrating \"Tipu Jayanti\" and accused him of making a \"desperate attempt\" to communalise the situation ahead of the state Assembly polls.

Karnataka Chief Minister Siddaramaiah today hit back at BJP chief Amit Shah for attacking his government for celebrating "Tipu Jayanti" and accused him of making a "desperate attempt" to communalise the situation ahead of the state Assembly polls.

A day after coming under fire by the BJP chief at a rally in Bengaluru, Mr Siddaramaiah claimed the election had brought "tourists like Amit Shah" who display ignorance about the state.

"We celebrate birthdays of 26 leaders and builders of #NavaKarnataka. @AmitShah in a desperate attempt to communalise, picks on Tipu Jayanthi," Mr Siddaramaiah said in a tweet."Election is coming! It brings tourists like @AmitShah who display ignorance about our state and call #KannadaRajyotsava as 'Karnatak Mahotsav'," he claimed.Flagging-off a 75-day state-wide 'yatra' spearheaded by BJP state mascot BS Yeddyurappa at a rally in Bengaluru yesterday, Mr Shah had flayed "Tipu Jayanti" celebrations, accusing the Siddaramaiah government of practising "vote bank politics."

"Yesterday was November 1. It was Karnataka's formation day. Karnataka Mahotsav (Rajyotsava) celebrations had to happen with grandeur, but Mr Siddaramaiah government had no interest in Karnataka Mahotsava, they are more enthusiastic towards celebrating Tipu Jayanti on November 10," he had said.

In a series of tweets in Kannada, Mr Siddaramaiah defended the "Tipu Jayanti" celebrations.

"People of the state have accepted Tipu Jayanti. Tipu was a patriot. He was not against Hindus or any other community," he said on Twitter.

Mr Siddaramaiah also took a jibe at the state BJP leaders, alleging they had once described Tipu Sultan as a freedom fighter but had become "enlightened" after learning lessons from Mr Shah.

He claimed that the BJP yatra was a failure on the very first day, proving that the people were not with the party.

The BJP has been opposing the event as it sees Tipu Sultan, the 18th century ruler of erstwhile Mysore kingdom, as a "brutal killer" and a "religious bigot" who converted people to Islam.

Assembly elections are due in Karnataka early next year in which the BJP is hoping to come to power, unseating the government-led by Mr Siddaramaiah.

Making history, the BJP had installed its first-ever government in the South in 2008 before losing power to the Congress.