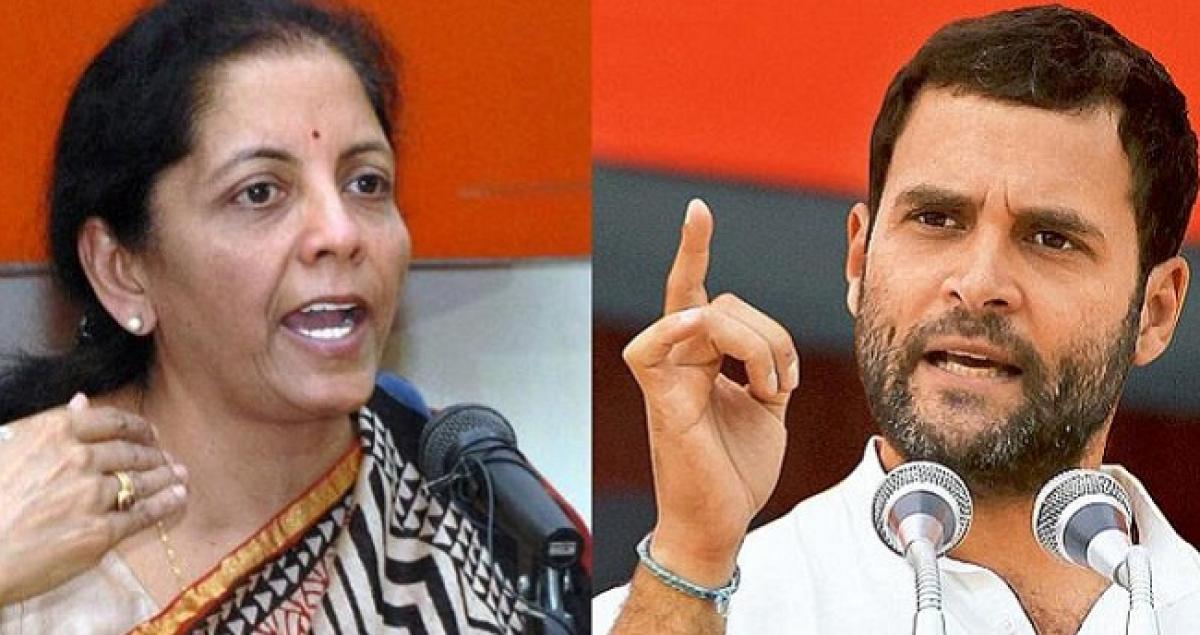 The Congress chief took to Twitter to attack Sitharaman, alleging that her position as the defence minister has become untenable as a former chief of the state-run Hindustan Aeronautics Limited (HAL) has "nailed her lie".

"The RM (Rafale Minister) tasked with defending corruption has been caught lying again. The former HAL Chief, T S Raju, has nailed her lie, that HAL didn't have the capability to build the RAFALE. Her position is untenable & she must resign," he tweeted and tagged of a media report on the former HAL chief's assertion.

The Congress has alleged that the government caused loss of over Rs 41,000 crore to the exchequer and endangered national security by bypassing the state-run HAL in favour of some businessman "friends" for offset contract in the Rafale deal.

Under India's offset policy, foreign defence entities are mandated to spend at least 30 per cent of the total contract value in India through procurement of components or setting up of research and development facilities.

Sitharaman had earlier told news agency PTI that it was former defence minister A K Antony's unprecedented intervention that led to the deal being cancelled after the price negotiation committee had almost finalised the deal. The charge has been denied by Antony as false.

Sitharaman had also accused Antony of not supporting HAL in getting the Rafale deal.

The Congress has stepped up the attack on the government over the Rafale deal and is seeking to make it a major poll issue ahead of assembly elections in some key states later this year and the parliamentary election in 2019.