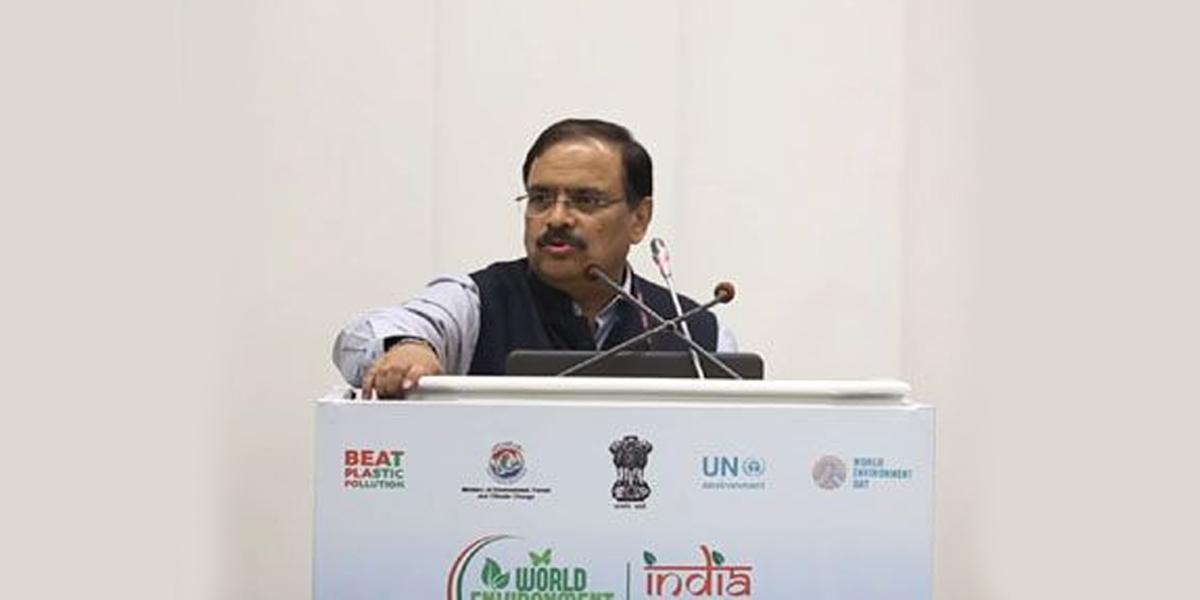 As Delhi chokes amid worsening pollution levels, Union Environment secretary C K Mishra on Monday said this is a temporary phase caused by unfavourable meteorological conditions and insisted that measures to tackle it were on in full swing

New Delhi: As Delhi chokes amid worsening pollution levels, Union Environment secretary C K Mishra on Monday said this is a "temporary phase" caused by unfavourable meteorological conditions and insisted that measures to tackle it were on in "full swing".

The national capital's air quality remained in the 'severe' category for the third consecutive day on Monday, prompting authorities to impose a three-day ban on industrial activities in pollution hotspots and construction work across Delhi-NCR.

The city is facing its highest pollution level since Diwali. While the Central Pollution Control Board (CPCB) data showed the overall air quality index (AQI) in the 'severe' category at 448, the Centre-run System of Air Quality and Weather Forecasting (SAFAR) showed an AQI of 468.

"This is a temporary phase, largely because of meteorological conditions over Delhi and the surrounding areas. It is not as if the level of emissions has suddenly gone up," Mishra told reporters at a press conference.

"It is just that dispersal (of pollutants) is not happening because of the meteorological conditions. Humidity, dew, no wind and temperature are combining to create this situation.

Fortunately, this is a temporary phase and hopefully from December 26 it (wind speed) should pick up," he said.

Central Pollution Control Board (CPCB) Chairman S P Singh Parihar, who was also present at the press conference, said December 26 onwards the winds are expected to pick up speed, which is likely to bring down the pollution levels.

Mishra said his ministry has insisted that officials swing into action and take localised measures to tackle the pollution.

"I have had rounds of discussion with the chief secretary of Delhi and he has put in place a mechanism through local deputy commissioners to take action," the Union environment secretary said.

"We have had a better year compared to last year. And we want to continue this action and show that if we carry on with this action, you will have less pollution levels in future," he said.

Hopefully, if it (programs to tackle pollution) goes on like this, then the air in Delhi should be much cleaner air in the next two to three years, he added.

Mishra said there will be increased mechanised sweeping activities in these hotspots and the ministry has requested the Delhi government to start water sprinkling to control dust.

"One aspect which we are closely monitoring in the hotspots is burning (of biomass, waste, etc). In winters they (instances of burning) increase.

There is factory waste burning, biomass burning and there is general burning. We are trying to see that those burnings are checked," he said.

Asked about increasing public transport and hiking parking fees, Mishra said the Delhi government has taken a decision on transport as it is in the process of procuring 1,000 new buses for the Delhi Transport Corporation and tenders have also been floated for cluster buses.

They are also looking at electric vehicles. They have not taken a decision on parking, he said.

Responding to another question, Mishra said, "We should also not unduly get worked up on age of diesel or fuel (vehicles).

We should actually be concentrating on emission levels. If the emission level is bad, we should immediately stop that, irrespective of whether the vehicle is two-day-old or 20 years old."

He denied that the government had any plans to ban the use of non-CNG private as well as commercial vehicles. "We are not thinking on those lines," he said.