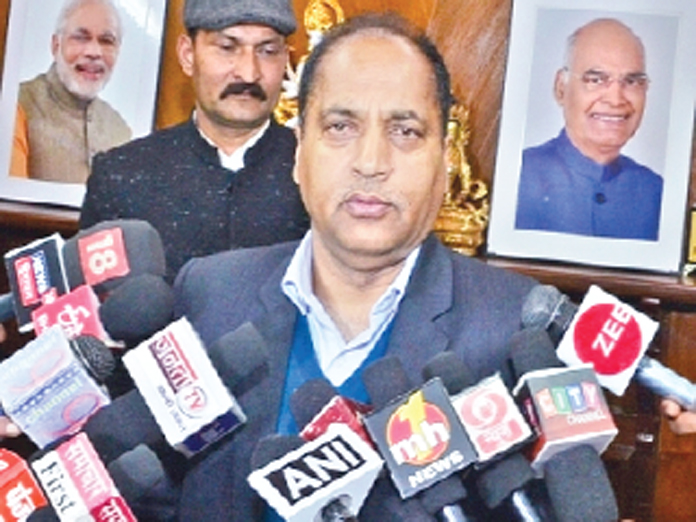 Himachal Pradesh is aiming to sensitise the people of the state about the importance of daughters and forest conservation Also, to make optimum use of pine needles, a forest extract found in abundance which are a major cause of forest fires during summers, the government is promoting industries based on them

Shimla: Himachal Pradesh is aiming to sensitise the people of the state about the importance of daughters and forest conservation. Also, to make optimum use of pine needles, a forest extract found in abundance which are a major cause of forest fires during summers, the government is promoting industries based on them.

To sensitise families about respecting and valuing daughters, the government is launching the scheme "Ek Buta Beti Ke Naam" from the next fiscal. In his budget speech on Saturday, Chief Minister Jai Ram Thakur said that abundant green forests, a clean environment and safe living conditions for daughters and women are signs of a healthy society.

Pine needles will now help villagers earn money. The inflammable needles containing resin will be used to produce bio-fuel which can be used in cement plants. The locals collecting the needles can sell them to the units to be set up in the state.

Thakur said the government would start a mass movement to prevent and manage forest fires by using satellite-based short message service of the Forest Survey of India.

People can connect with the Rapid Forest Fire Fighting Force through this service so that information regarding a forest fire is instantly communicated to the authorities to enable them to bring it under control in the minimum possible time.

"This will not only help in preventing fires in pine forests, but also provide employment opportunities to the local people," Thakur said. On an average, a pine forest yields two to three tonnes of needles per hectare during a season and the state has pine forests spread over 1,500 sq km, found up to an altitude of 5,500 feet.

For healthy biodiversity, the government also aims to go for silvicultural operations like cleaning, thinning and salvaging dead and dry trees in a bigger way.

A moratorium on felling of green trees was imposed in the state on March 23, 1994, which is still in operation. Experts told IANS that the ban on green felling has hampered regeneration. Rejuvenation can be brought through silviculture felling. "Our government has started silviculture based extraction of forest resources in three forest ranges on a pilot basis after the approval of the Supreme Court.

During 2019-20, silviculture based harvesting of forest wealth will be undertaken in 1,730 hectares of forest land. This will not only improve the quality of forests, but also add to the income of the state," Thakur said.

Further permission of the Supreme Court to undertake silviculture based exploitation of forests in other parts of the state will depend on the success of this pilot project.

"In addition, a master plan will be prepared for extraction of turpentine and other timber resources. The process for turpentine extraction, tree felling, cutting, transportation and selling will be made more transparent," the Chief Minister said.

The objectives of these projects include improvement in forest cover, providing additional livelihood to the people dependent on forests, conservation of water resources and eradication of weeds like lantana.