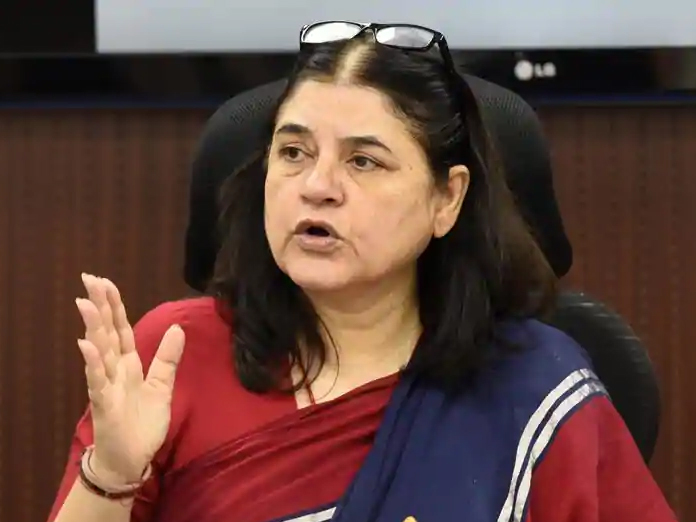 Defining the Women and Child Development Ministry and making it more than just a post office ministry was the biggest challenge after coming to power, Union Minister Maneka Gandhi has said

New Delhi: Defining the Women and Child Development Ministry and making it more than just a "post office ministry" was the biggest challenge after coming to power, Union Minister Maneka Gandhi has said.

Speaking on the challenges faced by her in dealing with women and child issues in the past five years, Gandhi said when she took office, the job of her ministry was only handing out salaries to Anganwadi workers.

"The major challenge right at the beginning was defining the ministry. The ministry was undefined even though it has been there for 10 years. It was a post office ministry simply handing out salaries to Anganwadis who are on strike from morning to night," she told reporters.

She said another challenge faced by her when she took office was bringing everyone on board, to get opinion from the whole country. "We started by dividing everything into three categories of policy, defence and economic regeneration.

We then repaired CARA (Central Adoption Resource Authority) which was almost closed. We then worked on Rashtriya Mahila Kosh which was then in debt of Rs 60 crore," she said.

"Defining NCPCR (National Commission for Protection of Child Rights) was another challenge. We knew it was for children but what (it does) for children was to be understood," she said.

She said when she assumed office, 18,000 complaints were pending with the National Commission for Women (NCW). "We now have legal advisory board for the NCW and ensure that women get time-bound action. Now this ministry responds to everything," she said.

"We had first come to know that there is something horribly wrong with the Muzaffarpur shelter home and shared the lead with the state government, which turned out to be a big mistake," Gandhi said.

The issue of sexual abuse of minor girls first made headlines in April after the Tata Institute of Social Sciences (TISS) submitted its audit report of shelter homes in Bihar to the state social welfare department.

It raised the possibility of sexual abuse of girls at a shelter home in Muzaffarpur, which was later confirmed by their medical examination.

On her biggest regret, Gandhi expressed dismay at the low productivity of the Rajya Sabha which she said led to stalling of major bills, including the Trafficking of Persons (Prevention, Protection and Rehabilitation) Bill, 2018.

"I wish the Rajya Sabha had worked hard. Big regret but it is not just my regret but that of all of India. Many things in the social structure got stuck. "I would have been really happy if anti-trafficking bill had gone through, CARA reform had gone through.

It takes us a long time to formulate to get it pass through ministries and then have it held up is annoying," she said. The average productivity of the Rajya Sabha has been 8 per cent.