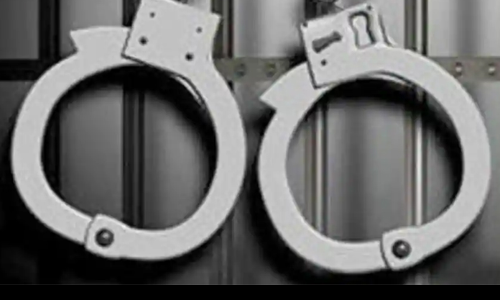 Four persons charged with armed robbery have been arrested after a brief exchange of fire in Delhi Universitys North Campus area, police said on Saturday

Ravi (36), Sarfaraz Khan (26) and Vikram (32) were arrested on Friday, while another accused Vikrant Nehra was arrested on Saturday, they added.

In December 2018, Ravi along with Vivek, Sarfaraz, Vikrant and Parvinder planned an armed robbery at Ranjit Nagar, officials said.

The group intercepted a cash-carrying van of a collection company near Pandav Nagar red light and decamped with Rs 39 lakh after firing few shots in the air and at the vehicle, said Deputy Commissioner of Police (special cell) Pramod Singh Kushwah.

Based on a tip-off, the police laid a trap on Friday near Khalsa College on Inner Ring Road. However, the accused opened fire at the police team and in retaliation the personnel fired back, the officer said.

Three of the accused were apprehend on the spot as three others escaped in the car, which was later found abandoned near Patel Chest Institution, with one of its tyres punctured by a gunshot, the officer added.

Three loaded pistols along with a dozen cartridges and two cars were seized, he said.

Sarfaraz was also found involved in multiple cases of armed robbery, police said adding that efforts are being made to nab the absconding persons and the criminal history of Vikrant is being ascertained.