A wilderness of tribal voices for justice 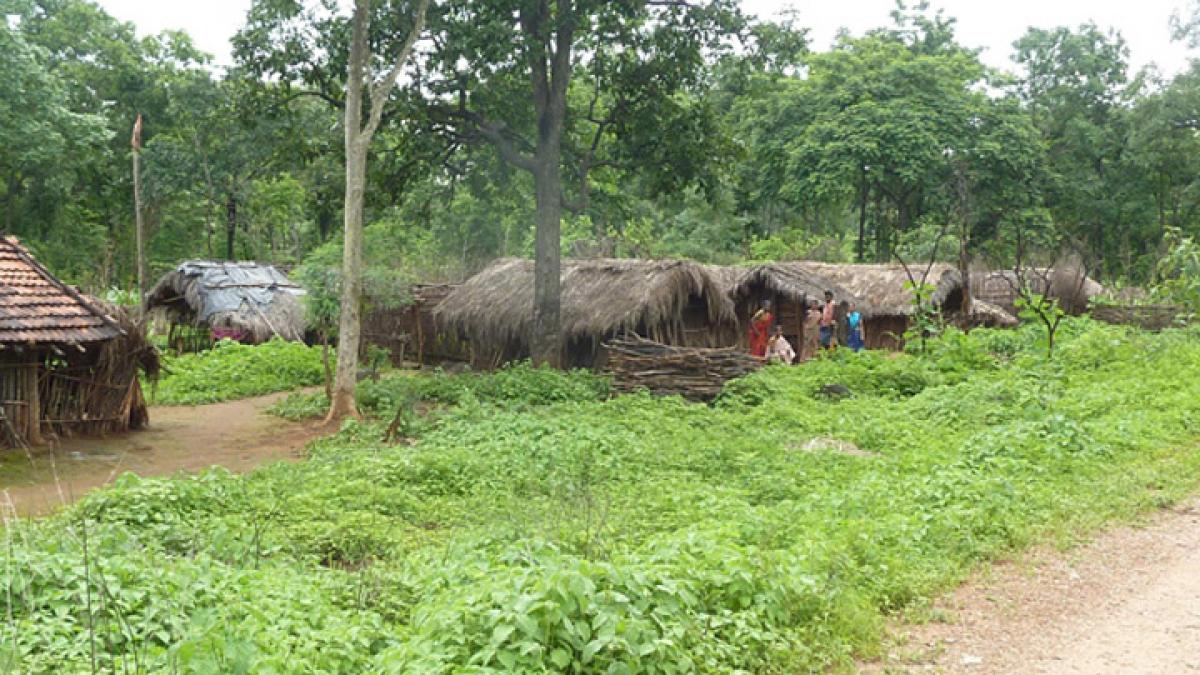 Adivasis  are crying foul over the illegal land acquisitions for the Polavaram Project in the agency areas of West Godavari district also.

Adivasis are crying foul over the illegal land acquisitions for the Polavaram Project in the agency areas of West Godavari district also. Their grievance is that non-tribals are cornering the monetary benefits by showing illegal land deeds and affecting their rights. As officials are flouting the Constitution, the Governor should invoke his powers under the Fifth Schedule and take necessary action

The Polavaram Project has become a boon to non-tribals to encash their clandestine land deeds in the Scheduled Areas of Godavari districts. Land Acquisition Officers (LAOs) are playing spoilsport over land acquisitions, negating the land rights of adivasis under the tribal protective Land Transfer Regulations (LTR).

They are not taking into consideration land orders issued against non-tribals and several cases pending against them under the LTR before various courts. For instance, an LAO paid compensation of Rs 2.33 crore in 2013 to an absentee non-tribal lord in Manturu village in Devipatnam mandal, whose right over the land was negated by a court order in LTRP No 1/96 under the LTR.

The LAOs are paying huge compensation amounts to non-tribals, unmindful of similar orders passed by the LTR Courts in 1996 when the possession of tribals was upheld. The LAOs also have not been caring for the 40 appeals filed by tribals disputing the title of non-tribals over the lands covered by Polavaram Project before the Director of Survey and Settlement court at Rampachodavaram since 2010.

The Revenue Divisional Officer (RDO), Rampachodavaram, acquired 10.92 acres covered by Survey No. 175 and 177 in Indukuru village in Devipatnam mandal and disbursed huge amounts to non-tribals in 2005. But later the PO, ITDA, passed a judgement in 2009, holding that non-tribal claimants have no legal right over the lands.

By taking note of the agitations of adivasis, the ITDA Project Officer, Ch Nagarani, genuinely tried to reach out to adivasis in 2013 by giving directions to the LAOs not to pay compensation to non-tribals without determining the land rights of adivasis. For reasons best known to vested interests, her power as Polavaram Project Administrator was denuded and it was transferred to Joint Collector, East Godavari.

In fact, this order is in violation of the notification issued (GO 193) under Fifth Schedule of the Constitution, designating the Project Officers of the ITDAs as Additional Agents to Government on a par with District Collectors for the administration and regulatory matters. While the matters are so, adivasis are crying foul over the illegal land acquisitions for the Project in the agency areas of West Godavari district also.

Their grievance is that non-tribals are cornering the monetary benefits by showing illegal land deeds and affecting their rights. This is evident from fact the seizure report of the Tahsildar of Buttayagudem in 2015, which shows that several revenue records and title deeds were recovered from a non-tribal in Buttayagudem village.

Maintenance of official land records of Buttayagudem mandal is also a test case of access to title deeds for non-tribals to make wrongful gain under the project. For instance, the total extent of lands in Buttayagudem Mandal was 57,557 acres as per the Resurvey Settlement Register (RSR), but it swelled to a magical figure of 69,555 acres as per the official Web land data.

This is not out of place to mention that earlier CB-CID booked a case against revenue officials and private individuals for creating of fake pattadar passbooks and court orders in land matters. There are about 292 registered land transfers effected between non-tribals in Polavaram mandal, and 195 in Buttayagudem mandal, as per the records of Sub Registrar, Jangareddygudem against the provisions of LTR 1 of 70.

However, unmindful of these illegal land deeds, the LAOs continued to pay compensation to non-tribals. In fact, here is no special machinery to conduct legal scrutiny whether the land deeds being produced by non-tribals are fake or original. The State Rehabilitation policy (GO 68) mandates the LAO to pay monetary compensation for acquisition of lands from non-tribals in the Scheduled Areas only after verification of their claims under the LTR.

The orders from the office of Special Deputy Collector (SDC), K R Puram, in West Godavari district are a smokescreen for payment of compensation to non-tribals by the LAOs. Adivasis are agitating against the SDC on the ground he is holding enquiries in land cases in unjust and unfair manner without giving an opportunity to rival tribal claimants in the cases.

The project authorities are even unwilling to recognise individual or community forest rights of adivasis in submergence mandals, negating the very objective Forest Rights Recognition Act 2006. Gram Sabha, Sub Divisional Committee and District Level Committee are the statutory adjudicating bodies under the Act.

However, the project authorities are dispossessing adivasis without determination of their forest land claims in the proposed submergence area of Polavaram Project. Since the State officials are failing to protect the interests of adivasis, the Governor of AP should invoke his powers under the Fifth Schedule to the Constitution of India and take necessary action.