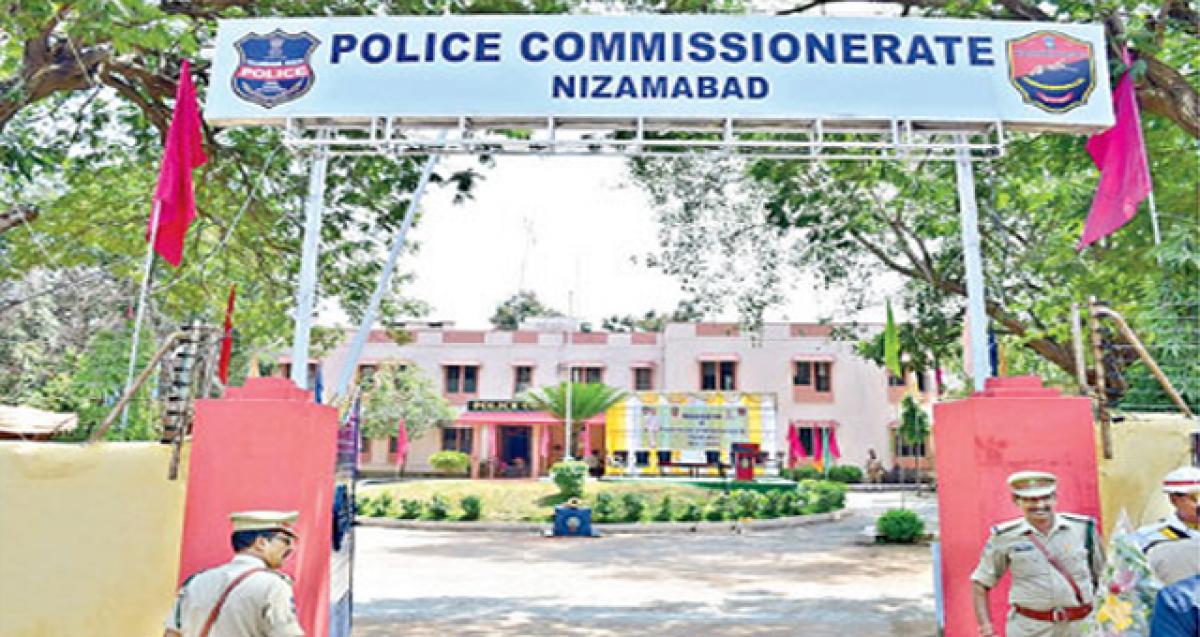 The Nizamabad Commissioner of Police Karthikeya has to decided to focus on the long pending criminal cases which are yet to be resolved. He has made...

Nizamabad: The Nizamabad Commissioner of Police Karthikeya has to decided to focus on the long pending criminal cases which are yet to be resolved. He has made up his mind to resolve the cases pertaining to Non-Bailable Warrants and instructed the officials concerned to take appropriate steps to resolve them fast.

With the Commissioner’s directive, police officials across the Nizamabad district took out the dusted registers from the almairahs and started examining them for the pending old cases.

Although the Nizamabad district is small in size geographically, the pending cases that were recorded earlier are large. Moreover, as the borders of the district touch Maharashtra and Karnataka, the crime rate is very high here. Every year, nearly 2,000 burglary cases relating to crime are recorded. While there are 1500 cases relating to road accidents, another 5,000 cases relate to other forms of crime.

With the formation of the new Commissionerate, Police Commissioner Karthikeya has taken up the task of resolving the pending cases rather seriously. Right now the solving of pending cases has been going on at a snail’s pace. The reasons are not far to seek. The lack of technical know-how, the shortage of staff in the police department and also utilizing large police force for security purposes are some of the reasons preventing the speedy completion of pending cases.

According to officials figures, for the total number of criminal cases booked during the year 2014-15, only 28 per cent were resolved and the accused were ultimately punished and the remaining 72 per cent remained incomplete. As there is lack of proper evidence, many of the accused go unpunished and remain at large.

The Commissioner has resolved to reduce the remaining pending cases by another 25 per cent and sent clear instructions to all the police stations in this regard.

According to reports available, there are 500 cases of NBWs and the Police Commissioner wants to resolve them quickly. With clear instructions from the police chief, police officials are working overtime to resolve the pending cases immediately.