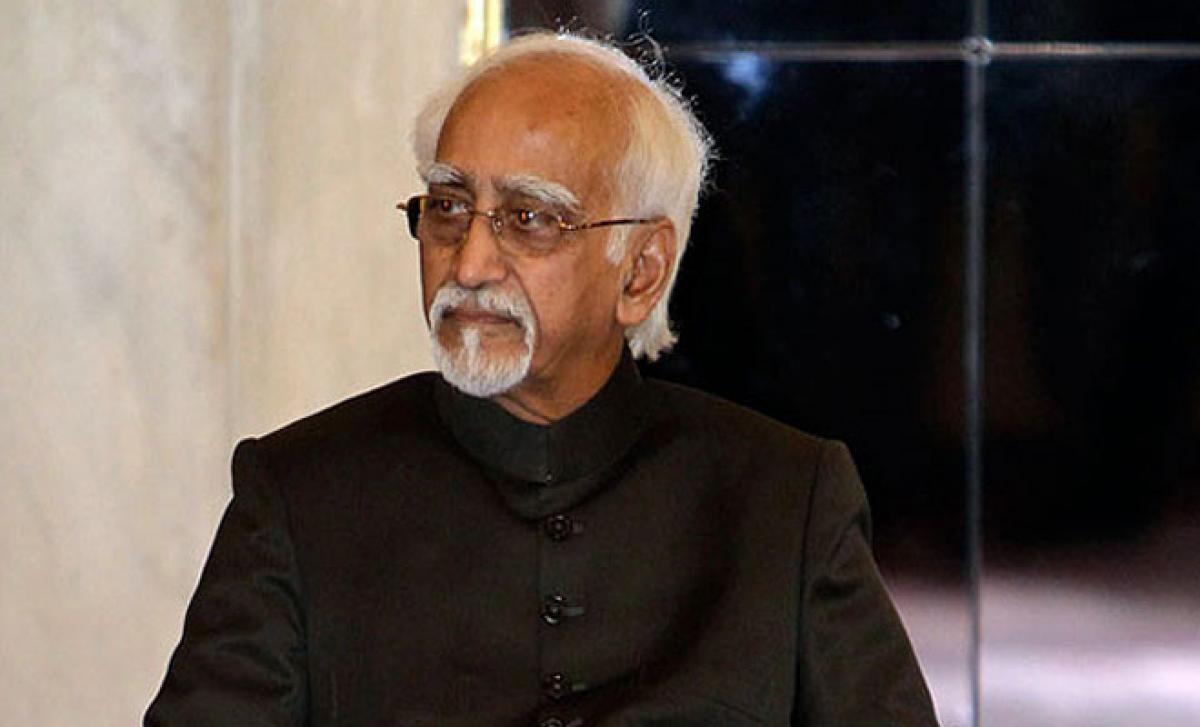 When some countries like India are fighting corruption, some others like the US and the UK are making other countries corrupt to push their agendas...

When some countries like India are fighting corruption, some others like the US and the UK are making other countries corrupt to push their agendas for geopolitical reasons. A case in point is Afghanistan whose President Hamid Karzai has acknowledged that "the CIA has been dropping off bags of cash at his office for a decade, and the money was used for various purposes."

This is the first time that the head of a State has candidly confessed that the American spy agency has been helping him or his government, without disclosing how the money is being spent. In other words, it is unaccounted for, not shown anywhere and the way it is received and spent is all hush-hush.

Neither Karzai nor his government thinks that there is anything wrong with receiving what an Afghan official calls 'ghost money.' After all, it is for a cause, to defeat the common enemy Al Qaeda and Taliban, and there is nothing unholy about it since the government is receiving loads of greenbacks without asking for them.

According to former and present Afghan officials, quoted by the New York Times, the CIA cash deliveries run into millions of dollars (though Karzai has downplayed the amount received) over the last decade and they have been largely used to pay off warlords, lawmakers and others whose support Karzai needs. In other words, the money is presumed to have been used to buy silence from the President's opponents.

The quid pro quo arrangement has been working well all these years and nobody knows, except a handful of Karzai's trusted lieutenants, how the slush money gets channelized to the beneficiaries. However, what is certain is the CIA bribes are lining the pockets of Afghan officials and intermediaries, even without the knowledge of top American bureaucrats. It is a typical cloak-and-dagger operation, done in utmost secrecy to complement the ongoing American war on terror in Afghanistan.

But whether it has achieved its desired result is a million dollar question. In the last few months, the US bid to bring a modicum of order and peace to the war-torn and troubled Afghanistan by convening a series of bilateral and triangular meetings between the Karzai government officials, American negotiators and the 'good' Taliban have not yielded any tangible result, except creating bad blood between Kabul and Washington with the former accusing the latter of siding with the militants at the cost of ditching an elected civilian government.

On the other hand, the so-called moderate Taliban leaders who are pitching for a share in political power once the US and its allies pull out their troops and Karzai leaves the presidential office next year are in a piquant situation: How to position themselves as future civilian leaders. Afghan people themselves are not sure how the insurgents can give up their weapons and don the roles of people's representatives if they become part of a future civilian government.

If it is a futile attempt to win over some sections of people, what's the purpose of CIA funding and the Karzai's office accepting it as largesse from its benefactor? Simply put, Americans have been trying to 'buy' from President downwards to maintain their hold over an impoverished and insurgent-ridden nation even after withdrawing their presence. Ironically, the Obama administration has had its doubts about Karzai's clean image and American officials have said it publicly and privately whenever Washington has announced its annual aid programme.

Obviously, they were unaware of covert CIA funding and how it had turned a government corrupt to carry out its diktats. No surprise, one American official told the New York Times, "The biggest source of corruption in Afghanistan was the United States!"

Not to be outdone in attempts to cultivate President Karzai and his band of aides, the British spy agency MI6 too has given 'moderate amounts of money' to Karzai's office to boost British influence in Afghanistan and to facilitate a dialogue between Taliban emissaries and Karzai government officials. Here too MI6 efforts had gone horribly wrong as the meetings were arranged in secret locations, with both sides, when they came to know of them, suspecting foul play by the British and abandoning the parleys.

Secret intelligence services propping up puppet governments is not new; or helping people's movements to topple elected governments. Many Latin American countries were part of CIA's dirty tricks programmes in which anti-US leaders were targets in removing from power. But the spy agency's role in Afghanistan is diabolic in the sense that, on the one hand, it is working with the administration and, on the other hand, with Karzai's rivals, keeping the future in mind.

Ironically, the Karzai government has also been playing the double role of accepting 'ghost money' without qualms and, at the same time, letting out a fusillade of criticism against the US whenever it feels let down by Washington. It is tit-for-tat but has been serving mutual interests in an imponderable situation.

How long it will continue is anybody's guess. For, the powers that are helping Karzai will leave him to his own fate sooner or later and the officialdom used to corruption starts fleecing people reeling under penury; the impact of bribery on the country and its people will fuel lawlessness which will be an open invitation to Islamists. Should it happen none but Afghans have to blame themselves for the mess they will be in.

Domestic corruption is bad but induced corruption is worse since the corrupted will be acting according to others' wishes. Afghanistan is not alone in that league. Many countries figuring high in the global corruption index may be the victims of graft in one form or another.

If it is not a spy agency's covert funds, they may be from multi-national corporations or drug lords or powerful individuals who seek to destabilize the country and its government to lord over it to fulfill their secret agenda. If such attempts are not nipped in the bud, the corrupt will thrive and the ordinary people will suffer.