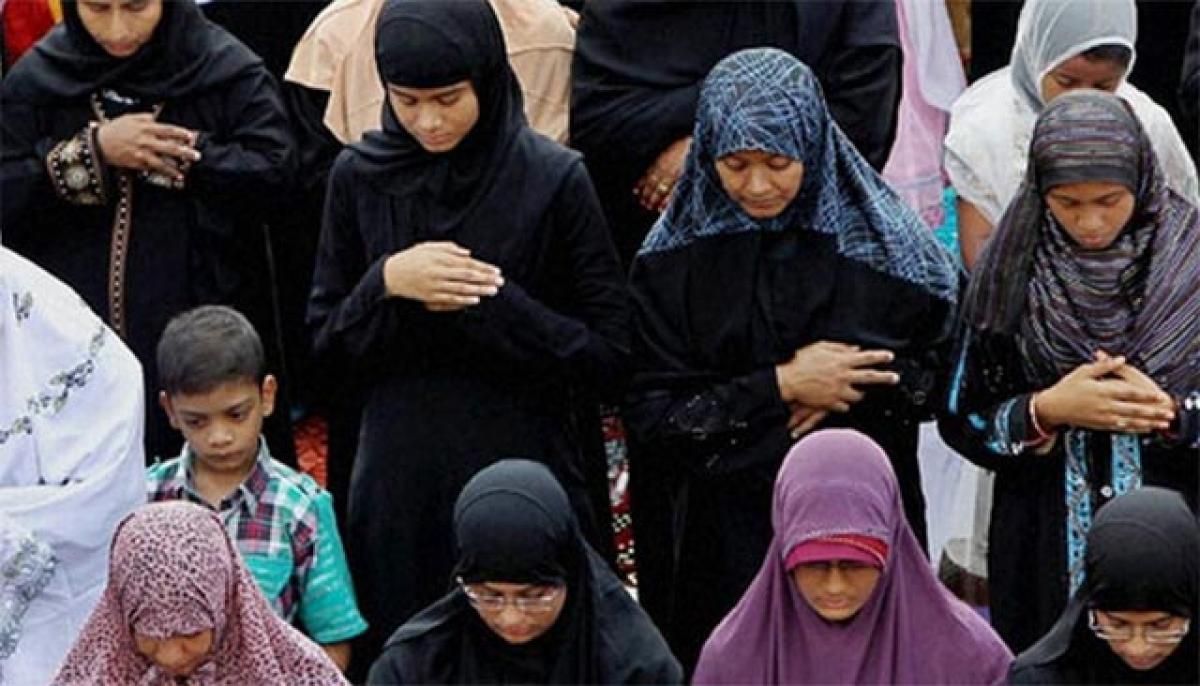 A serious debate exclusively concerning the country’s 170 million Muslims has ensued since the Supreme Court, ignoring years of stonewalling by...

A serious debate exclusively concerning the country’s 170 million Muslims has ensued since the Supreme Court, ignoring years of stonewalling by influential Islamic bodies, has decided to examine the legality of ‘talaq’ that husband pronounces thrice to divorce wife.

On March 28, the court entertained a Muslim woman's petition that this mode of divorce be declared unconstitutional as it allowed husbands to treat wives like "chattel". "Muslim women have been given talaq over Skype, Facebook and even text messages.

There is no protection against such arbitrary divorce. They have their hands tied while the guillotine of divorce dangles perpetually ready to drop at the whims of their husbands who enjoy undisputed power," Shayara Bano's petition said.

Dehradun-based Shayara, divorced through triple talaq after 13 years of marriage, said that "such discrimination and inequality expressed in the form of unilateral triple talaq is abominable."

Headed by the Chief Justice of India, Justice T S Thakur, the bench asked the government to respond to Shayara’s petition. The National Commission for Women, a statutory body under the Constitution, has also been directed and significantly, so is Shayara’s ex-husband to allow for the other viewpoint and instill a sense of natural justice.

Shayara, according to media reports, was subjected to mental and physical torture and sent to her parents’ home by her former husband. He did not respond to her pleas of being taken back before being divorced. She has taken up the cudgels on behalf of millions of women like her.

"Religious officers and priests like imams and maulvis who propagate, support and authorise practices like triple talaq and polygamy are grossly misusing their position, influence and power to subject Muslim women to such gross practices which treat them as chattels, thereby violating their right to equality, right to life and right to profess religion," she has pleaded.

India has the world’s third-largest Muslim population. Along with Sri Lanka, it has continued with this practice, disallowed in most Muslims nations, despite being secular in law and Constitution.

Although its constitution envisages a Uniform Civil Code (UCC) that applies to all communities to evolve over time, India does not have one. Pursuing a liberal unity-in-diversity concept, first premier Jawaharlal Nehru, while enacting a law for the majority Hindus, allowed each religious community to have its own laws governing marriage and divorce. Consequently, Muslims are allowed to follow Sharia.

Enforcing UCC by law has been a political issue and an electoral pledge of the ruling Bharatiya Janata Party (BJP). Amidst the current discourse wherein minorities, especially the Muslims feel targeted, the Modi Government may want to push it as part of its Hindutva agenda.

But to think that the court’s action has emanated from that would be wrong. Judicial intervention to push the law to move with the times is not a new phenomenon in India.

It would also be wrong to blame the Modi government or the BJP, per se. The predecessor government had constituted a committee in 2013 to assess Muslim women’s status. It said the triple talaq “makes wives extremely vulnerable and insecure regarding their marital status”.

Now, the federal ministry of women and child development plans to consult with Muslim civic and religious groups. It is significant that since the March 28 notice, neither the government, nor the BJP has taken a stand on the issue that remains sensitive at all times, but more so if used for election campaign.

Muslims are governed by The Muslim Personal Law (Shariat) Application Act of 1937, as interpreted by the All India Muslim Personal Law Board (AIMPLB). This body, with the support of mainly Sunni ulama, has rigidly stuck to its turf and opposes any ‘interference’ in the ‘divine’ law.

However, in a February 2015 judgment, the Supreme Court stated that "Polygamy was not an integral or fundamental part of the Muslim religion and monogamy was a reform within the power of the State under Article 25".

The AIMPLB says there is no scope for a change. Even if triple talaq is a ‘crime’ as per Quran and Hadith, once said, it is “a complete process” and hence valid, its spokesman Maulana Abdul Raheem Qureshi has said. The stonewalling by the Board is clear.

There is certainly a growing demand from the Muslim community’s liberal sections, albeit small in size. They see triple talaq as retrograde. Instant talaq, they say, is prohibited in several Islamic countries, including Sudan, Egypt, Iran, Jordan, Morocco, Tunisia, Algeria, Yemen and Iraq, besides Pakistan and Bangladesh that have social norms similar to India.

Qureshi says the AIMPLB is “not concerned” with what other countries are doing. Muslim women are taking to education and jobs, especially in urban areas. Several organisations have been stridently advocating their advancement. All of them complain of being blocked by Muslim men in general and by the clergy.

Through her lawyer, Shayara questioned the validity of triple talaq and polygamy while narrating her own experience. She likened the practice of polygamy to ‘Sati’, a Hindu custom wherein the widow joined, willingly or otherwise, her husband on the funeral pyre. Supported by Hindu reformists, the British rulers in the 19thcentury banned it.

Governed by age-old traditions, the Indian society still has stray cases of Sati, and of non-Muslims, especially the tribals, practicing bigamy. Having multiple wives, like having many children, is seen as having more working hands. Polygamy is illegal for the Hindus. The law enacted in 1956 introduced monogamy and divorce that is relatively fair to the wife.

Actually, polygamy is practiced among only 5.78 percent of Muslims (an equal number of non-Muslim tribals are also polygamous) as per the 1961 census, the last one that prepared that data. The community has surely evolved over the last 50 years, liberal Muslims say.

It diluted the 1985 judgment and in effect, denied even utterly destitute Muslim divorcées the right to alimony from their former husbands. However, in subsequent judgments, the Supreme Court interpreted the act in a manner reassuring the validity of the case and consequently upheld the Shah Bano judgment and nullified the 1986 law.

From Shah Bano to Shayara Bano the tussle over triple talaq must be seen in the context of the 1985-86 events. Arif Mohammad Khan, a minister then, tasked to defend the Shah Bano judgment, quit the government when Rajiv backed out under threats from AIMPLB and Muslim lawmakers.

One of the most perceptive Indians today, Khan places the twin debates in context: “The country paid heavy price. It is only sensible that one should learn from past experience and pursue a course which is in conformity with the national ideals and constitutional directives.” (The columnist is the President of Commonwealth Journalists’ Association)