The decline of Hinduism 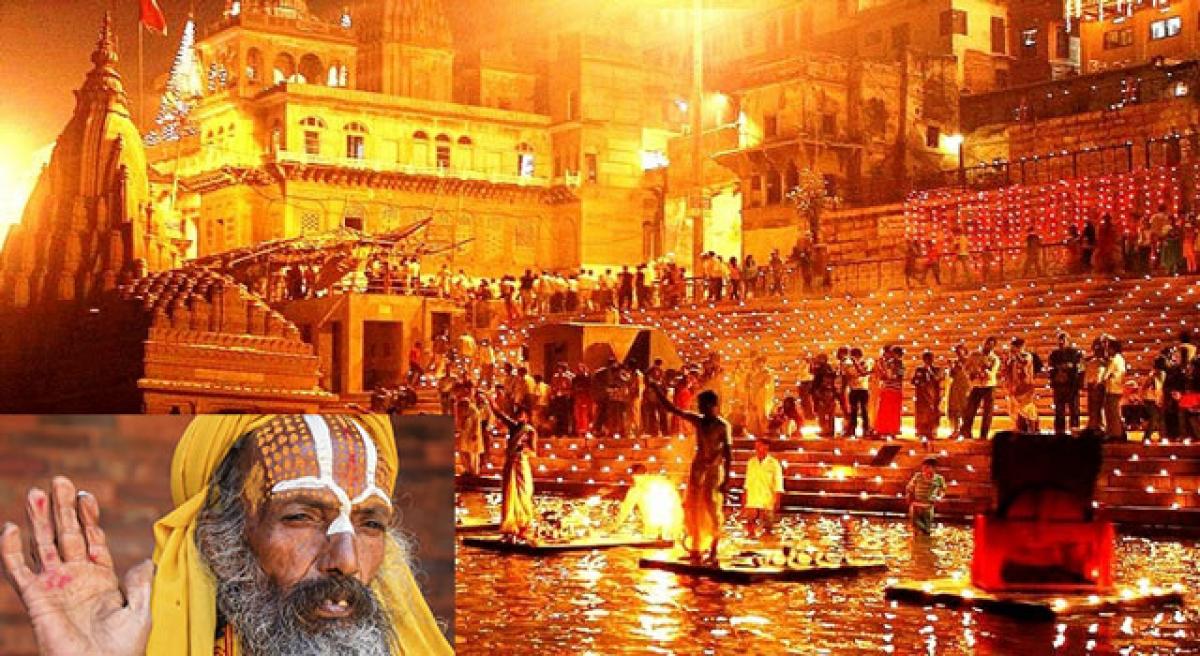 There is a sense of euphoria among the Hindus today. Protection of cow and spread of Yoga have taken the center stage of the national discourse. But...

There is a sense of euphoria among the Hindus today. Protection of cow and spread of Yoga have taken the center stage of the national discourse. But Guru Gorakhnath taught Yoga many centuries ago as well. That did not arrest the decline of Hinduism. India was the global leader through the first millennium of the Common Era.

Our Gupta and Harsha Empires flourished when ancient Greece and Rome had declined. But we lost the momentum in the second millennium. We failed to stand against Muslim and Christian conquerors from the West. Today Hinduism is struggling to survive in its own home against the onslaught by Islam and Christianity. President Donald Trump recently visited Saudi Arabia, Israel and Rome.

His travel was projected as a bridge to the three main religions of the world. Hinduism has fallen into such a deep pit that it is not even considered a major religion anymore. We need to make a correct diagnosis of the disease that afflicts Hinduism in order to treat the patient effectively.

The immediate cause of the decline of Hinduism was the theory of karma. Popularly stated, the theory says that one’s present condition is a result of one’s doings in the past lives. Indeed, Hindu philosophy recognises the contribution of past lives in making the present.

However, it simultaneously states that purushartha or effort can overcome the past. Rama had travelled to the religious places in his youth. He wanted to retire from active life because he had begun to consider the world as meaningless. At that time, Sage Vasishtha taught that one must be ever active in the world. Then he conquered Lanka. Similarly, Krishna taught Arjuna to engage in action.

The basic message given by our seers is that past lives determine the desires of this life; and one must ever act to fulfill and transcend these desires. However, the Brahmin teachers perverted this teaching by making the idols of Rama and Krishna and numerous Gurus the objects of worship. In doing so, they taught withdrawal from the world.

They negated the teachings of Rama and Krishna. A monk told of a newlywed husband coming home in the evening and asking his wife for dinner. The wife replied, “I was chanting your name throughout the day, there was no occasion to make dinner.” Such is the worship of Krishna and Rama today. Make an idol of these great men, and abandon the message given by the same great men.

That was not the end of the story. The Brahmins were interested in extracting money from the worshippers for sustaining their own good life. Therefore, they first denied action and established bhakti yoga. That saved them from engaging in action. Then they transferred bhakti from Rama and Krishna to the living Guru. That brought money for the Guru. This selfishness on the part of the Brahmins was responsible for the decline of action by the Hindus and the decline of Hinduism.

The Brahmins then deliberately created a schism between the Hinduism and Islam. The strength of Islam is its single-minded devotion to the One God Allah. Hinduism also accepts the writ of ‘One God as Para-Brahman’. But our Brahmins are loath to speak of this. I undertook certain havan under the guidance of a Brahmin. I later asked him what was the connection of the havan with Para-Brahman.

He said he would discuss that later. That day never came and he departed to the other world. Hindus worship and draw energy from the deities of Brahma, Vishnu and Shiva. Islam draws its energy from Allah directly without any intermediation by other deities. This is the secret of the expansion of Islam in India.

The Hindus must have engaged in dialogue with the Muslims in the tradition of shastrartha, repair their own method of worship and connect with Para-Brahman. Instead they have chosen to withdraw deeper into their worship of idols of Rama and Krishna. They do not wish to connect with Para-Brahman and are losing the plot that is unfolding in the world today.

The Brahmins likewise created a schism between the Hinduism and Christianity. The strength of Christianity is its focus on the welfare of the poor. Christ ever served the poor. He said, “It is easier for a camel to go through the eye of a needle than for someone who is rich to enter the kingdom of God.” The implementation of MNREGA and farmers’ loan waiver, for example, by Sonia Gandhi was a manifestation of this underlying philosophy.

The Brahmins taught exactly the opposite. They said that it was the fate of the poor to remain poor. There was no need to alleviate their suffering. They should be allowed to suffer so that they transcend the sins done by them in the past lives. The birth-based caste system was one of the many manifestations of this teaching. They wanted to capture the resources of the country for their own good life.

The real challenge before Hinduism, Islam and Christianity together is to fight against materialism of the West. Islam is in the forefront of this battle today. That is the source of its successes. Hinduism must join hands with Islam and anti-materialist sections of Christianity in this battle. Instead the Brahmins are instigating the Hindus against these religions and pushing Hinduism deeper into the sinkhole; just as Adi Shankaracharya fought with Buddhists instead of the materialists.

The objective of these Brahmins is to keep the funds of the Hindus flowing to their coffers. The objective of their political parties is to keep votes flowing to their candidates. Neither cares for resuscitating Hinduism from its moribund existence. The decadent me of the Hindu parties is exposed in their opposite stance to Gau and Ganga. They fight for the protection of Gau because it hits at the Dalits and Muslims.

On the other hand, they are killing the Ganga because it hits at the commercial interests of their financiers. Vajpayee built the Tehri Dam. Modi is building the Vishnugad-Pipalkoti and Bowala-Nand Prayag Dams and reviving the Loharinag Pala Dam that was heroically closed down by allegedly Man Mohan Singh.

Hinduism is declining because our Brahmins and our political parties are playing the selfish game of keeping the funds and votes flowing even if Hinduism declines. Hinduism has to reconnect with Para-Brahman and present a comprehensive vision that combines Islamic focus on Allah, Christian focus on the poor and Hindu psychology.

The focus on yoga and cow, to the exclusion of social justice, environment and Ganga, coupled with a harangue against Dalits, Muslims and Christians will only backfire, lead to more conversions to these religions and speed up the decline of Hinduism. Author was formerly Professor of Economics at IIM Bengaluru