Deliberations on being a vegan 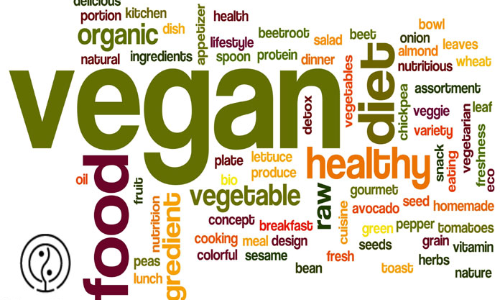 As the venue for the lunch in celebration of their wedding anniversary, my brotherinlaw and his wife had chosen a cosy little joint tucked away in a...

As the venue for the lunch (in celebration of their wedding anniversary), my brother–in–law and his wife had chosen a cosy little joint tucked away in a corner of the posh Jubilee Hills area of Hyderabad. “Does it serve anything special?” I asked my wife, while we were on our way. “It’s a vegan restaurant”, she replied. Never having been to one before, I tried to recall what I knew of the character of the practice of veganism, its origin, and evolution, especially in India.

The term “vegan” was first used in the UK in 1944 - a proper vegan community had already been in place in India for well over 20 years!According to the Vegan Society, veganism represents a “philosophy and a way of living which seeks to exclude – as far as possible and practicable – all forms of exploitation of, and cruelty to, other animals for food clothing or any other purpose….”. It not only means excluding from one’s diet all products derived from animals but also not wearing animal skins or furs, or even using products that have been tested on animals.

There are more vegetarians in our country than anywhere else in the world. But we are also capable of remaining mute spectators to stray dogs starving in the streets, wild animals such as tigers and elephants being poached and killed for crass commerce, and many other forms of animal exploitation, if not torture, being perpetrated.It is estimated that close to 60 billion land animals and over a trillion marine animals are killed every year globally merely to satisfy human appetite and to whet human vanity.

Activists who have espoused the cause of veganism point out that animals are also entitled to freedom from pain, injury, and discomfort, etc. And that animal welfare should look beyond just slaughter to how animals are treated. Veganism, in its real sense, is a philosophy that not merely preaches avoiding eating animals but also advocates deciding on how we will allow them to live. It endeavours to find an alternative life for the millions of animals we find in captive environments such as fur parks and zoos, safari parks, circuses, aviaries among others, that are forced to become objects of “entertainment” in private homes and “collections”, not to mention becoming objects of research in laboratories.

Nearly a century ago Mahatma Gandhi had faced the dilemma of observing the vow he had taken not to consume products from animals obtained from violent practices such as “cow blowing.” In addition to being a strict vegetarian, he had given up cow or buffalo milk and turned to goat milk instead. Although this decision helped his health, while sustaining him, he was still consumed by guilt arising from the knowledge of the problem he had caused to those around him who had to arrange goat milk for him, and probably of the poor kid goat and its pleading parent.

Evidently, there was a genuine vegan culture in India long before the idea was born! And yet, 100 years later, the movement is still in its infancy in our country! And when one looks around, one sees many hitherto unknown realities unfolding today’s environment. Vegan foods are becoming familiar items in common use and are being increasingly described as delicious, especially in India, where products like green jackfruit and banana flowers are familiar items. In fact, many Indian foods are naturally vegan, such as dals, pulses and legumes.

The basic motivation for vegetarianism in India is of religious origin rather than inspiration caused by a consideration for animals. “Ahimsa” towards animals being part of the rationale. Where else but in India does one find entire restaurants devoted only to vegetarianism?While it is true that the vegan lifestyle can mean missing out on essential requirements like protein, calcium, iodine, important vitamins and omega-3 fatty acids, there are doctors who point out that it is not the diet per se but the planning improper thereof that is the problem.

Vegans need to focus on sources such as sesame seeds, almonds, green leafy vegetables, or calcium supplements to make up for the missing requirements. The Physicians Committee for Response Medicine (a not-for-profit organisation dedicated to serving and improving human and animal lives through plant-based diet and ethical and effective sensitive research) also says that if properly planned a plant-based diet is healthier than many others. The American Dietetics’ Association maintains that vegans have lower cholesterol, saturated fat level, body mass index levels and so on.

Vegans are winning abroad by making their food tasty, healthy, glamorous, affordable and the model choice – not by making it harder for people to eat meat. Veganism, clearly, is no longer the fad or fetish it was once regarded as. And the time may finally have come when one has to bid goodbye to some age-old homilies, such as meat being essential to strength. Venus Williams and Virat Kohli are both vegans!

But, desirable as the philosophy maybe, it must be understood that it will have to be accepted by society in phases and over time. It should not also be forgotten that, as in the case of the anti – slavery movement, the emphasis should lie not so much on altering the food habits of people, as on sensitising them about the need to adopt a more compassionate approach towards animals. Change is the most effective when it comes voluntarily and perhaps in stages. In fact, Gandhiji viewed forcing people to change their food habits as a form of violence in itself.

Just as slavery and segregation were accepted practices in some parts of the world once, but are shunned as evils now, vegan activists foretell that a time will soon come when we will all be shocked to think that we had countenanced imprisonment and torture of animals just for our gastro- enteric pleasures.Vegan activists often compare their cause to the anti-slavery movement. It should be remembered, however, that the first big international anti - slavery success came from British activists focusing on banning the trade in slaves, rather than slavery itself.

In the meanwhile, it should be clearly understood that any change, even over time, will need to be introduced in phases, and aim to gradually improve acceptance levels. Any attempt to enforce a regimen, by denial or by force (as the restriction of service to vegetarian meals alone by the Air India seems to be), would prove counter-productive.Similarly, incidents that speak of the willingness, on the part of some sections of our society, to take recourse to violence, in order to impose on others, the food habits which they consider as desirable, need to be discouraged unequivocally.

Activists of the movement need also to address themselves to the question of what would happen, if all animals which are vegetarians and currently form part of the diet of human beings, were to be excluded from human consumption and, therefore, compete with human beings for the same food!When this sobering thought hit me, I found that we had reached the vegan restaurant where we were to lunch and, like ‘Barkis was willin’, in fact was pleasurably anticipating a complete vegan repast.