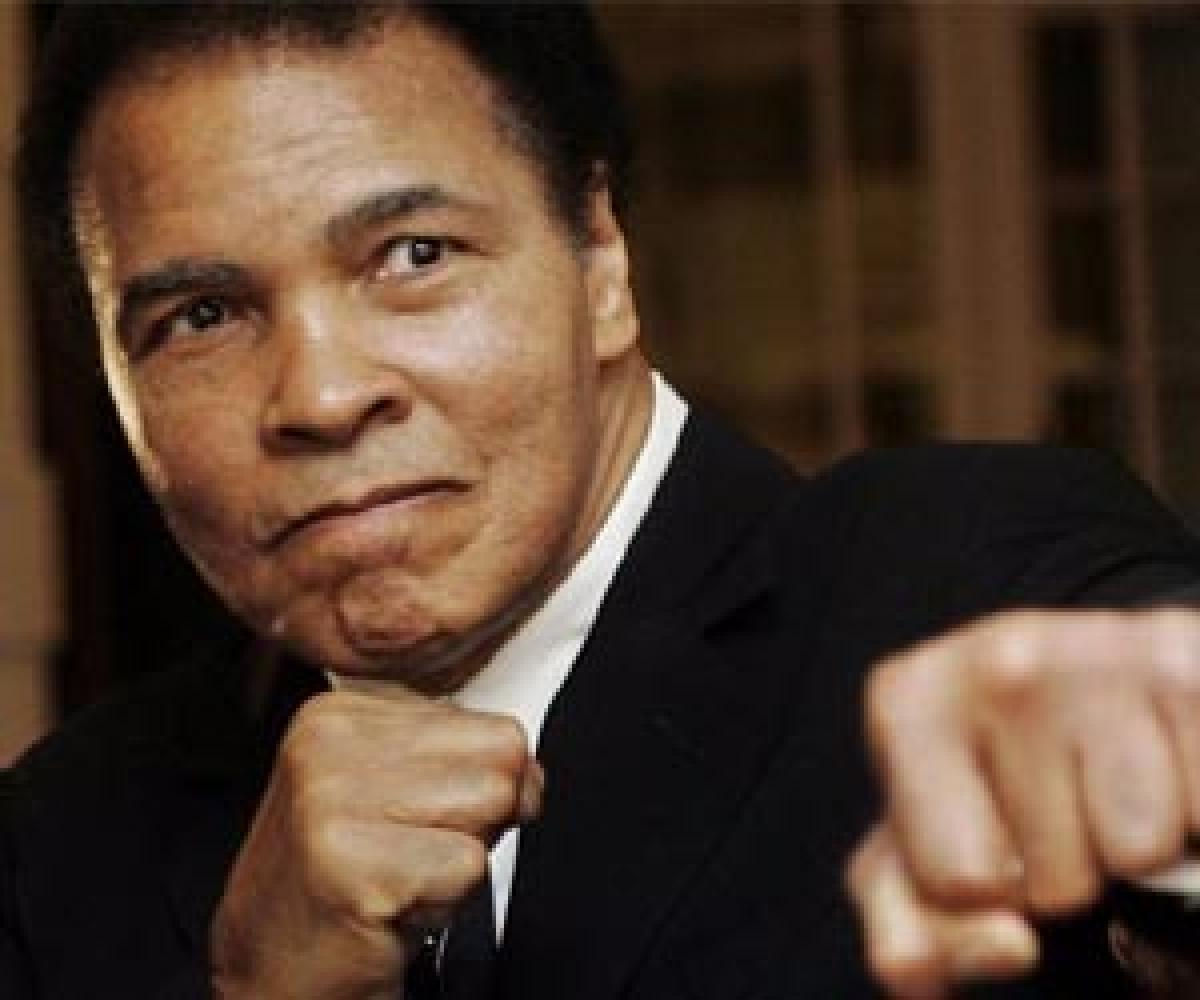 The family of boxing legend Muhammad Ali prepared to accompany his body on the journey back to his hometown Louisville, ahead of a public funeral procession and service expected to draw huge crowds in honour of “The Greatest.”

Louisville: The family of boxing legend Muhammad Ali prepared to accompany his body on the journey back to his hometown Louisville, ahead of a public funeral procession and service expected to draw huge crowds in honour of “The Greatest.”

Former US President Bill Clinton and comedian Billy Crystal are among those due to speak on Friday at a memorial in a huge arena in the Kentucky city where Ali — a three-time world heavyweight champion — grew up and threw his first punches.

The charismatic Ali, a dazzling fighter and outspoken civil rights activist who became one of the 20th century’s most towering figures, died on Friday at age 74 after health problems complicated by a long battle with Parkinson’s disease.

“Our hearts are literally hurting. But we are happy daddy is free now,” one of Ali’s nine children, daughter Hana, wrote on Twitter.

It was not immediately clear when they would travel. Louisville Mayor Greg Fischer said that the city was ready for a massive celebration to honor its most famous son.

The procession has been organised to “allow anyone that is there from the world to say goodbye,” family spokesman Bob Gunnell told reporters.

Will Smith, Lennox Lewis to be pallbearers:

Actor Will Smith and former boxing world champion Lennox Lewis will serve as pallbearers together with six other people during Muhammad Ali's funeral Friday, a spokesman said.

Smith, who played the title role in Michael Mann's film "Ali" (2001), became close to the boxing legend after the filming.

Lewis, who was born in Britain, is considered one of the greatest boxers of the last 25 years, having won several world titles in the 1990s and 2000s.